Effie Case Study: “SelfieSTIX: Making It Easier to Get Close-Ups With Your Dog”

Effie Case Study: “SelfieSTIX: Making It Easier to Get Close-Ups With Your Dog”

Once a pioneer in the dog oral care category, the Dentastix brand from Pedigree was lagging in an overcrowded market full of copycats. Wanting to reverse declining sales and distribution, Pedigree (produced by Mars Petcare), needed an exciting concept to get the attention of retailers and shoppers.

The category itself had been faltering overall, and Dentastix had been losing sales and shelf facings even more quickly. Research found that while 80% of dogs have gum disease, 90% of owners do not believe their pets face this issue – which made health-related claims like “reduces 80% of tartar” of limited value.

So with help from BBDO New York and in partnership with Target, Pedigree sought an emotional appeal instead, beginning with the insight that pet owners love to take selfies with their dogs – except that the dogs never actually look at the camera.

This prompted the creation of SelfieSTIX, a clip that affixes Dentastix to mobile phones, inducing dogs to look at the camera as they’re staring longingly at the treat; along with Dentastix Studios, an app that enhances those photos with Snapchat-like filters that add silly features like hats, glasses or mustaches.

During the summer 2019 campaign, Pedigree and its partners leveraged social channels like Facebook, Instagram and Snapchat to reach potential shoppers with PR messages, influencer content, and fun short films that showed the range of selfie and photo-enhancement possibilities. The brand and campaign also were featured in a landing page on Pedigree.com.

Out-of-aisle displays, decked out in Dentastix’s bright yellow colors, ended up in 1,185 Target stores, meeting the brand’s goal on that front. Social media impressions totaled 101.7 million, about 62.7% beyond expectations, while impressions among the influencer and PR campaigns hit 113.5 million, 69.4% above the goal.

Bottom line: Dentastix had been expected to decline 8% in sales at Target vs. the previous year. During the activation period, sales rose 15% versus the previous 10 weeks, which led to a much more palatable 3% decline for the year. The brand’s average distribution at Target rose 11%, and data from the retailer showed the displays were 15% more effective than an average endcap. And the campaign paid dividends even beyond Target, with a 2% lift across all mass retailers. 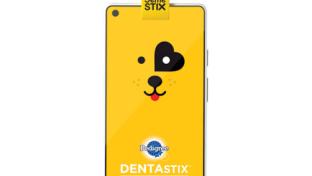