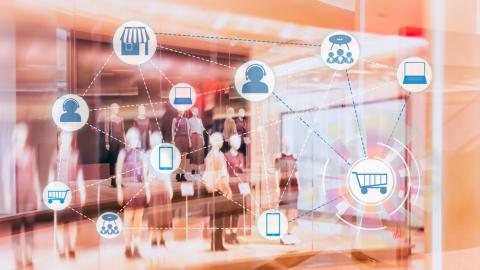 Tesco’s Dunnhumby recently published its inaugural “Retail Media: State of the Industry” report, examining the rise of retail media, what existing offerings are lacking and how grocery retailers worldwide are increasingly turning to retail media to offset the increased costs and reduced margins of online shopping and COVID-19 responses.

Julie Jeancolas, head of media and customer engagement products at Dunnhumby, said in a recent news release that retail media is more than just high margins for retailers: “With a high-intent, brand-safe environment, CPGs and their agencies are increasingly moving multi-million-dollar budgets to retail media. The combination of loyalty and purchasing data, and a direct link between marketing spend and sales, means a very attractive proposition for brands.”

While Forrester predicts the retail media industry could be worth $50 billion by the end of 2022, Dunnhumby’s research shows vast potential of CPG and agency media spend but acknowledges shortcomings in retailers’ existing media offerings.While Amazon attracts ad revenues from a wide variety of sources, the majority of grocery media revenues are driven by CPG brands, which are keen to reach out to shoppers in as many ways as possible as they move through their retail journeys.

According to Dunnhumby’s report,media agencies and CPGs shows a low level of satisfaction across several notable elements of existing retail media offerings. Targeting, measurement, pricing, activation and innovation were all cited by CPG companies and agencies as offerings in need of development.

“From ease of use and availability of data to dynamic pricing and cross-channel activation, we are hearing loud and clear from CPGs that many existing retail media offerings still have some significant room for improvement,” said Jeancolas. “CPG marketing teams and their media agencies need a high degree of certainty that their marketing investments have made a direct contribution to sales, and many existing retail media offerings need to up their game to deliver this.”

Dunnhumby’s report also cited new ideas it’s seeing begin to spring up around the world as a growing number of retailers and brands are exploring the potential of retail media. Some of those innovations Dunnhumby believes in include:

Data expands beyond the grocery channel: The customer data that retailers hold isn’t just useful for grocery-based advertising, according to the report. As evidenced by a new partnership between Kroger and Roku, there’s an increasing opportunity for retailers to monetize their data away from their own platform.

As part of the partnership, marketers running campaigns via Roku’s TV platform will be able to use Kroger’s shopper data “for targeting and closed-loop attribution to measure campaign performance,” the report cites.

Interactive video goes mainstream: Shoppable ads aren’t a new part of the wider retail landscape, as they help to engage customers with interactive videos that allow them to view specific items featured in a reel. While ads of this kind are yet to proliferate in the grocery space, Dunnhumby thinks that could change quite rapidly.

For example, Walmart and interactive video firm Eko recently partnered on the creation of Walmart Cookshop — an interactive site that features celebrity guests and brand-sponsored videos that showcase products and ingredients as part of a recipe. The beta version of the site generated an 8.7% click-through rate according to Walmart.

Data clean rooms become commonplace: Retail media is powered by first-party data, which can be used to gain deep insights into the behaviors of actual shoppers. While this real-world element is one the things that makes retail media so successful, it also has obvious implications from a privacy point of view — and customer anonymity is key, according to the report.

Companies like Infosum and Habu offer data clean rooms (i.e., privacy-first environments which allow marketers to use that real-world data in a safe and compliant way). New clean room companies are springing up all the time, speaking to the growing demand for audience targeting that adheres to increasingly strict regulation.

Dunnhumby’s report and research was published just months after the technology and marketing company launched Dunnhumby Sphere, its end-to-end retail media platform. The platform was built with a focus on data science to allow retailers to monetize with advertisers and track the long-term impact of retail media on the consumer experience.

Dunnhumby Sphere is already being used by Tesco to power several of the retail media products offered as part of the Tesco Media and Insight platform, which allows Tesco suppliers and agencies to engage with customers and understand their evolving needs. The platform is still launching in several stages, with modules including Digital Offsite, Digital Onsite Display, Store Media and Sponsored Product Ads coming to the platform throughout the year.