Pride Month Comes Out into the Aisles

Pride Month Comes Out into the Aisles

Retailers are ramping up their Pride Month merchandising plans as the demand for LGBTQ-themed products rises.

LGBTQ rights used to be a no-win issue for traditional retailers who feared offending another part of the customer base if they showed support. Pride Month celebration participants may have seen parade floats and promotional sponsorship from retailers, and those reading specialized media would have known which companies gave support, but until recently the activity flew under the radar of the larger population.

The tide shifted following the U.S. Supreme Court's 5-4 ruling in 2016 finding that same-sex marriage is a constitutionally protected right. According to the Pew Research Center, support of same-sex marriage among Millennials has climbed from 53% in 2007 to 74% last year. Support for gay marriage among earlier generations is also growing over time, with 62% of all Americans now saying they favor allowing gays and lesbians to marry.

Retailers today are eager to show how progressive they are, even ones rooted deeply in conservative territory like Walmart. The mass merchant in June prominently showcased pride-themed products online – both on walmart.com and Jet.com. For the first time, Walmart even opened Action Alley to brand-supplied Pride Month activation. In at least some stores, Mars Inc.'s M&M's complemented the secondary merchandising it received on a four-way near checkout with a side panel depicting M&M's candies arranged in a rainbow alongside a "yes to sharing love" message.

Selling pride in the aisles brings greater visibility and support for the cause, though major companies still frequently use generic language about love instead of employing the word "gay." Marketers must be cautious not to be seen as disingenuous, and walk the fine line between support and crass marketing. In today's age of increasing transparency, due diligence is also required of manufacturers to make sure sourcing partnerships aren't with companies that are complicit in human rights violations.

Nonetheless, being inclusive is simply good for business, particularly for retailers like Target whose growth plan is rooted in urban, progressive markets. The mass merchant even made actively advertising to gay families a part of its turnaround plan.

Describing how the retailer has expanded its sights beyond the typical suburban soccer mom, Target senior vice president of media and guest engagement Kristi Argyilan said in a keynote presentation at the 2015 Shopper Marketing Conference & Expo (now renamed the Path to Purchase Expo) that the retailer's new target demographic spans Hispanics, Millennials, urbanites, families with two dads and families with more kids.

That year, Target introduced a #TakePride advertising campaign led by an 80-second TV spot and supported with social media activation. This was also the first time the cause gained a strong merchandising presence in stores, with colorful rainbow rack headers identifying themed apparel and accessories.

This year, Target expanded its Pride Month efforts to additional categories, securing an exclusive version of 20th Century Fox's Love, Simon home video boasting bonus footage and a booklet comprising content from the movie, which was a romantic comedy-drama about closeted gay teenager Simon Spier (played by Nicholas Robinson). Illuminated signs touted the film's arrival in stores and account-specific floorstands were spotted in at least one Culver City, CA, store. A feature in the retailer's June 10 circular, a display ad on target.com, and Facebook and Twitter updates supported.

Target also promoted a limited-edition "Shave with Pride" gift set from digital-native men's grooming brand Harry's that the retailer made available in stores and online. Priced at $24.99, the set encompassed Harry's shaving gel, a razor handle in an iridescent finish and three blade cartridges in a bright, cheerful box designed by artists Craig & Karl. Target indicated that 100% of profits from the set were slated to support LGBTQ causes. A display ad on target.com touted the set, which also was available on harrys.com and walmart.com.

Elsewhere online and in stores, Target also launched more than 90 new rainbow-adorned and pride-themed SKUs, including more apparel than ever before. The collection was available at 295 of the retailer’s 1,829 stores and on target.com.

Best Buy also has been a longtime supporter of the LGBTQ community, but this year was the first time it leveraged Pride Month from a merchandising perspective. The consumer electronics retailer sold pride-themed accessories online throughout June, including phone cases, Apple watch straps and phone grips depicting a range of rainbow designs and colors from brands ArtsCase, Dynex and PopSockets. Not offered in stores, the SKUs were available for delivery and in-store pickup at most locations. Online support spanned a home page display ad, circular feature and social media updates. 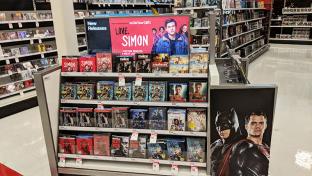 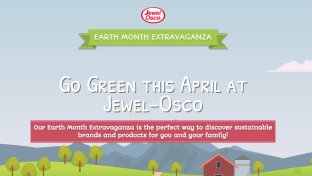 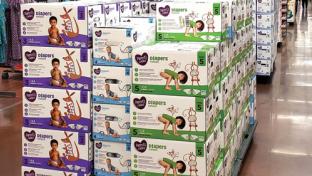