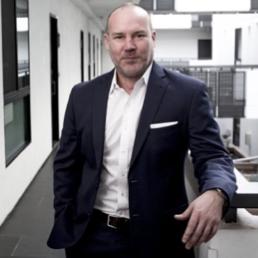 Much has been made about the logistics crisis that is currently gripping the global economy: backlogs at major shipping ports; a lack of port workers, truck drivers and rail workers; a shortage of shipping containers; and a scarcity of the chassis used to transport containers once they are unloaded.

The impact has been massive. The amount of time it takes to get a package from Asia to the U.S. has increased by 43% since last year. At one point in September, the ports of Los Angeles and Long Beach had as many as 73 cargo ships at anchor estimated to hold roughly 500,000 containers worth of goods — almost twice as much as the same time in August. And those two ports account for 40% of all containers entering the country. At the Port of Los Angeles alone, the amount of cargo handled is up 30% year-to-date compared with all of 2020, resulting in ships waiting an average of 8.5 days to unload in September versus 6.2 days in August.

Consumers are already seeing the effect of this logjam. There are empty shelves in stores. National chains are imposing limits on the amount of goods that can be purchased. Manufacturers and retailers are warning of looming price increases. Nike has cut its sales forecast due to their supply chain woes. Walmart, Target, Home Depot, Dollar Tree and Costco have all taken to chartering their own container ships. Coca-Cola has elected to transport ingredients on cargo ships primarily intended to move coal and grains, and Ikea has even taken to buying its own containers. Industry insiders are telling us to start our holiday shopping yesterday, and supply chain experts are signaling that the crisis could stretch into the summer of 2022, if not 2023.

One retailer with a lot to lose is Amazon. Already dealing with warehouse capacity issues driven by the consumer shift to online shopping due to the pandemic, Amazon is facing another potential headache from what’s been called “Containergeddon”: the impact on its third-party sellers. There already are reports of nervous sellers fearing that their products will not be offloaded and warehoused in time for Black Friday/Cyber Monday — shopping holidays that continue to grow in popularity each year. To make matters worse, shipping costs (although currently declining) at one point rose to as high as $17,500 from roughly $1,500 in the pre-pandemic era. For many sellers, such a massive increase may prove prohibitive and hinder them from being able to compete — if not prevent them from participating in the marketplace entirely.

The pains of third-party sellers have the potential to impact Amazon’s fourth-quarter results. What often gets lost in the hype of Amazon’s business metrics is just how important the third-party marketplace is to the retailer’s financial results. In Q2 of 2021, third-party sellers accounted for 56% of the units sold on Amazon, growing 38% year-over-year and accounting for $25 billion. In comparison, first-party sales delivered $53 billion and increased 16% during the same period; and for as much attention as Amazon Web Services (AWS) and subscription services get, these revenue streams combined accounted for $22 billion.

With third-party sellers accounting for 22% of Amazon’s revenue stream, “Containergeddon” has the potential to disrupt a key revenue stream for the U.S.’ No. 1 online retailer in its upcoming Q3 earnings release and into 2022.

About the author: A 19-year omnichannel/e-commerce veteran in the CPG industry, Jay Nikolich is the director of Amazon at The Mars Agency, a leading shopper marketing agency that creates breakthrough connected commerce solutions to accelerate growth for brands and retailers.