Target has revealed Roundel as the new name of its three-year-old, in-house media company as it signals plans to be a more aggressive player in the sector.

The mass merchant launched its media company (formerly Target Media Network) in the fall of 2016, initially as a program for its vendor partners before opening it up to any and all national advertisers — even those whose products are not sold at Target stores, AdWeek reported. Year over year, the business has been a source of profitable growth for Target, amassing nearly 1,000 clients such as Disney, Dyson, Mastercard and Unilever.

"At its core, Roundel’s about using Target’s rich insights to create smart, personalized campaigns that connect our guests to information and offers they’ll find most relevant," said Kristi Argyilan, Roundel’s president, in a May 2 "A Bullseye View" blog post. "That means working with some of the largest brands and advertising agencies in the world to reach the right guest, with the right message, at the right time and on the right channel, whether that’s Target’s own platforms — think Target.com — or more than 150 brand-safe external channels like Pinterest, PopSugar and NBC Universal."

Target officials define the word "roundel" as another way to describe a bullseye — a wink at the retailer's logo. The new name and "radiating concentric circles" of the media company's logo maintain a strong connection to Target’s brand, while creating a fresh identity for this area of its business, according to the blog post. The goal of the rebrand is to get people to separate what the media company does from what Target does, Argyilan told AdWeek. Too often, people would wrap up what Target Media Network did with Target itself, she said.

“People think that if we’re tightly tied to Target, we’re primarily selling ads on our website, and we’re much more than that,” Argyilan said. "… Roundel, for us, marks this conscious pivot from what we were known as before, which was really more in the shopper marketing space, to now pivoting to being one of the more innovative media solutions for the marketplace in an era where customers [and] clients believe there has got to be a better way to show proof of business performance from the different media partners that they’re working with.”

Spotlighting the media company's capabilities, Argyilan noted in the blog post the company worked with Mars Wrigley Confectionery last year to highlight its assortment of holiday candy. "We tapped into our insights and created custom holiday-themed creative for every major candy occasion, from gifting and dish candy to stocking stuffers," Argyilan said. "We pinpointed the best channels — in this case, online, mobile and social — and delivered the ads to relevant Target [shoppers]. We followed with robust reporting that measured the campaign’s success — including thousands of dollars in savings for our [shoppers] and an impressive double-digit sales lift."

NOTE: For more on Target, visit p2pi.org. Path to Purchase Institute members have access to more than 6,500 images and 1,170 articles of marketing and merchandising activity at Target, along with a full Retailer Profile outlining the chain’s operations and strategies. 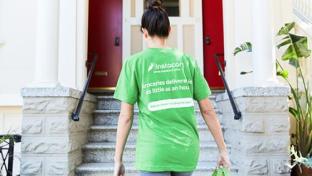 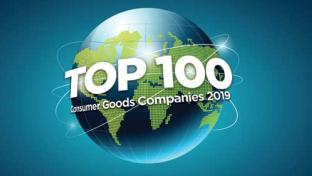 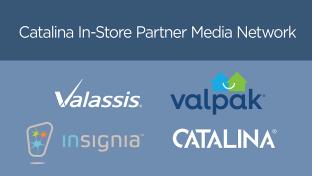