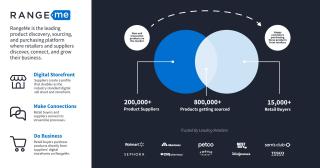 ECRM’s product discovery and sourcing platform RangeMe has expanded its services to allow U.S. retail buyers to purchase directly from suppliers. Along with one-button purchasing, the company offers a multi-order, add-to-cart feature and accessible order details and history. The capability aims to boost regional and independent retailers who can now order the products that they source on RangeMe, helping to get them on their shelves or listed online faster.

Additionally, RangeMe will showcase the new service offering at ERCM’s 2022 Global Market: Spring Buying Days, which will take place on March 28 through April 1, bringing together suppliers and retail buyers to network virtually. As part of the showcase, RangeMe is allowing select food, beverage, health and beauty suppliers to sell their products with no commission fees. The event includes speakers from retailers like Walmart, Farmstead and Allume Group. 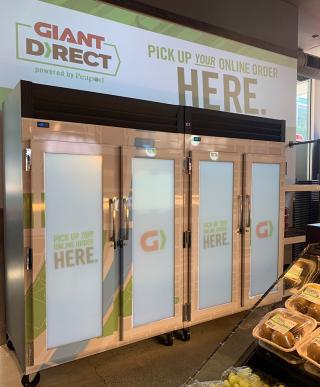 Ahold Delhaize’s The Giant Co. is continuing its omnichannel push by eliminating the order minimum and pickup fees for Giant Direct and Martin’s Direct, the company’s e-commerce fulfillment services. This is the latest investment made by the company in support of its growing e-commerce business. Last November, The Giant Company opened a “state-of-the-art” Giant Direct e-commerce fulfillment center in Philadelphia to serve more shoppers in the area — and for the first time in its 98-year history — in southern New Jersey.

The Giant Co. also partners with Instacart to provide Giant Instant Delivery and Martin’s Instant Delivery of essential grocery items in as fast as 30 minutes. Last month, The Giant Co. launched Ship2Me by Giant and Ship2Me by Martin’s, the chains’ expanded assortment within traditional grocery categories and beyond delivered directly to one’s home. The company has more than 175 pickup locations and customers across 90% of the company’s footprint have access to online grocery ordering and delivery services. 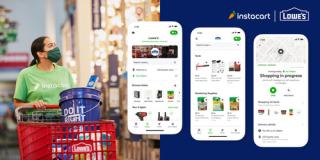 Online grocery platform Instacart and home improvement retailer Lowe's have partnered to pilot same-day delivery in as fast as one hour. Shoppers can now have approximately 20,000 Lowe's items, including small home appliances, building supplies, light fixtures and garden and outdoor essentials delivered from the store to their door. Same-day delivery via Instacart is initially available from Lowe’s stores in Boston and Charlotte, with plans to expand in the coming months.Lowe's is the first dedicated home improvement partner available on the Instacart marketplace, according to a news release from Instacart, referencing a growing consumer need as both home improvement product purchases and demand for online delivery. 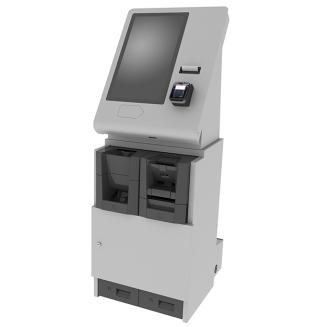 Kiosk and display manufacturer Frank Mayer and Associates recently added the Gateway kiosk to its line of standard self-service kiosks. The new unitprovides a bill payment option for companies looking to offer automated cash payment and recycling. The Gateway accepts EMV contactless cards and cash payments, and it dispenses exact change. “As a whole, self-service technology provides multiple benefits centered on convenience and ease-of-use,” said Mike Mayer, president at Frank Mayer and Associates, in a recent news release. “But the specific advantage of a bill payment kiosk is providing a variety of payment options to customers at accessible locations.” A recent blog from Frank Mayer and Associates detailed the five most common self-service kiosk types. 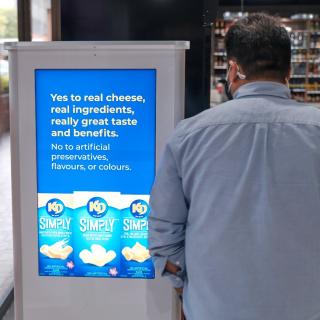 INEO Tech Corp., a digital advertising and analytics solution provider for retailers, has partnered with Vistar Media to make all of the digital display screens in the INEO Media Network accessible on Vistar's programmatic advertising platform. The agreement allows brands and marketers who utilize the Vistar Media platform to purchase INEO's advertising inventory of targeted, analytics-based retail advertising locations at the front entrance of retail stores. 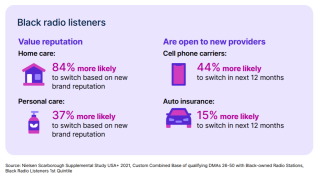 The first iteration of Nielsen’s “Diverse-Owned Media Audience Reach and Profiles” report highlights the power of viewership and listenership of diverse-owned media, spotlighting the influence in smaller local markets where Black-owned television stations reach as much as 41% of all adults and Black-owned radio reaches more than 1.2 million people 12 and older, according to the release.