Shopping can be highly emotional, creating connections among people and providing a sense of control in one’s life. However, those qualities might not seem to jibe with the transactional bustle of back-to-school season, when parents and kids are quickly scanning down a list of pencils and erasers and loose-leaf notebooks to make sure they’ve checked everything off.

Working with TPN, The Hershey Co. found otherwise, even though its primary products, being confections, are not generally found on back-to-school lists, according to Elaine Bragg, VP, executive creative director, TPN; and Cynthia Liu, marketing director, partnerships & occasion marketing, Hershey. They presented together in November at the Path to Purchase Expo.

Back-to-school season is incredibly busy, noisy and competitive, yet Hershey wanted to explore how it could drive incremental growth in candy-bar sales from so many trips to the store – if it were able to act on shopper insights and deliver on emotional and functional needs, Bragg said. “Consumers are heart; shoppers are wallets,” she said. “Consumers are love, lust, laughter. … When you shift to shopper, it’s about the wallet, the Benjamins, the price calculation, the discounts. But shopping is also highly emotional.”

Psychological research backs up that idea, Bragg said. “Shopping restores a sense of control. [Shoppers] visualize their new life with that product as a solution. Retail is therapy. That’s why we think it’s so incredibly important to consciously build emotion. … We’re thinking about the whole shopper, and not just their behavior.”

But TPN and Hershey knew that during back-to-school it would be difficult to get the attention of retailers, much less that of parents hunting for an average of 18 products that translate to $700 per child. “We found that 90% of social conversations with parents focused on how can I afford all of these things, and secondly, where am I going to find all of these things,” Liu said. “One of the really big ‘ahas’ was [that] they were stressed out about going back to school.”

And while being physically prepared by having everything on the shopping list was one stressor, ensuring that their children were socially and emotionally prepared for the school year was also on mom’s mind, Liu said. “She wanted them to have A’s, but just as important, she wanted them to have friends.” And kids were even more focused on the latter, with three main questions in mind as the school year approached: “Are my friends in my class? Who will I sit with in the cafeteria? And who will I sit with on the bus?”

That insight about feeling socially and emotionally prepared sent TPN and Hershey on their journey to create an icebreaker that led to conversations and friendships, Liu said. The end result: the first change to the Hershey’s bar in 125 years, with one of 25 raised emojis placed inside each square of the chocolate candy.

“We used the physical product to be an icebreaker,” she said. “The exciting thing is, it’s a treasure chest. Each bar is slightly different. That leads to conversations. But there are thousands of emojis. We did consumer research to figure out which would be those real conversation starters.”

That narrowed the emoji list to 25, one of which raised eyebrows – the “poop” emoji. “Our CEO said, ‘Are you going to put excrement on a brown bar?’” Liu said. “We did social listening, and we found that elementary school students use poop to say, ‘You’re the s---.’ It’s a compliment.”

Research showed that both parents and their children quickly understood the social value of the emoji bars, with 87% of kids immediately understanding how they would share them to help make friends.

The resulting “Share a Smile” campaign, for which TPN helped make the in-store POS materials, interrupted shoppers so reliably that Hershey exceeded sales expectations by 170%, delivering retail sales of $36 million, with a 14% increase in the sales of standard chocolate bars.

“When we grow as a brand, we bring our retailers along,” Liu said. “What was so great about this program was [that] we got incremental merchandising at key retailers. We had multiple points of interruption at store.” And what was conceived as a one-year program for 2019 will continue on to become a multiyear platform, she said. 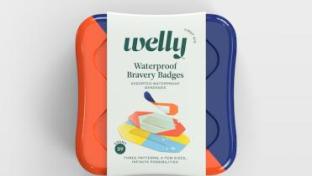 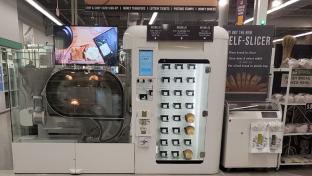 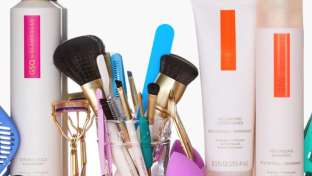 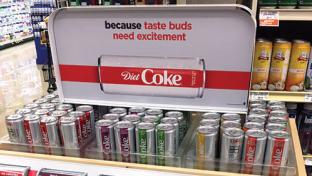 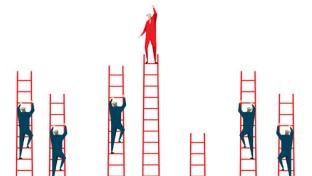