The over-the-counter allergy medicine category is a crowded one with the likes of Claritin, Zyrtec, Allegra and Nasacort. Each have a media spend between $60 million and $85 million. Flonase had been a trusted prescription choice, then in February 2015 it was made available over the counter. GlaxoSmithKline faced the challenge of getting trial and its share of a $2 billion category. It reached its goals four months in.

GSK research says 50 million people in the U.S. struggle with allergies, and they are always looking for new ways to treat their pain. The target was a shopper segment dubbed the “empowered controller,” a 29- to 59-year-old allergy sufferer who makes frequent purchases to manage allergy pain and largely does her own research into how to treat it.

Flonase used that to fuel an educational campaign about Flonase as a unique nasal spray that is a more complete cure for allergy relief compared to pills or Nasacort. The OTC launch aimed to get into the shopper mindset pre-shop (as 94% of shoppers make a decision beforehand), stand out in-store to disrupt her thinking, and ultimately convince her to try Flonase. 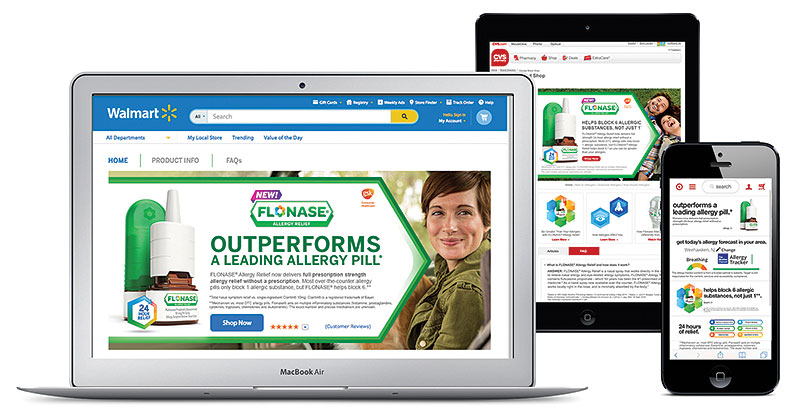 Additional pre-work at Walmart included articles and illustrated guides at Walmart.com and a segment within the “Dr. Oz” show. The store floor saw a custom half pallet, aisle violators, endcaps with video screens and secondary signage.

For CVS, beacons were leveraged in-store via the Shopkick mobile app.

At Walgreens, displays including a tower, circular rack signage and a violator were used nationally, while a special two-day event occurred at the retailer’s Times Square flagship store.

Costco pharmacy users with a fluticasone prescription received a Flonase rebate when refilling a prescription, and brochures were placed in the pharmacy section. A pallet skirt and trays supported from the aisles.

Kroger leveraged a cross-marketing opportunity, putting messaging in the floral, pet and cleaning departments that drive traffic to the OTC area.

Target shined a light on Flonase through Cartwheel and with an endcap and in-line units.

Sam’s Club activated on its website with a brand page and had PDQs, pallets and displays in the optical and pharmacy locations. 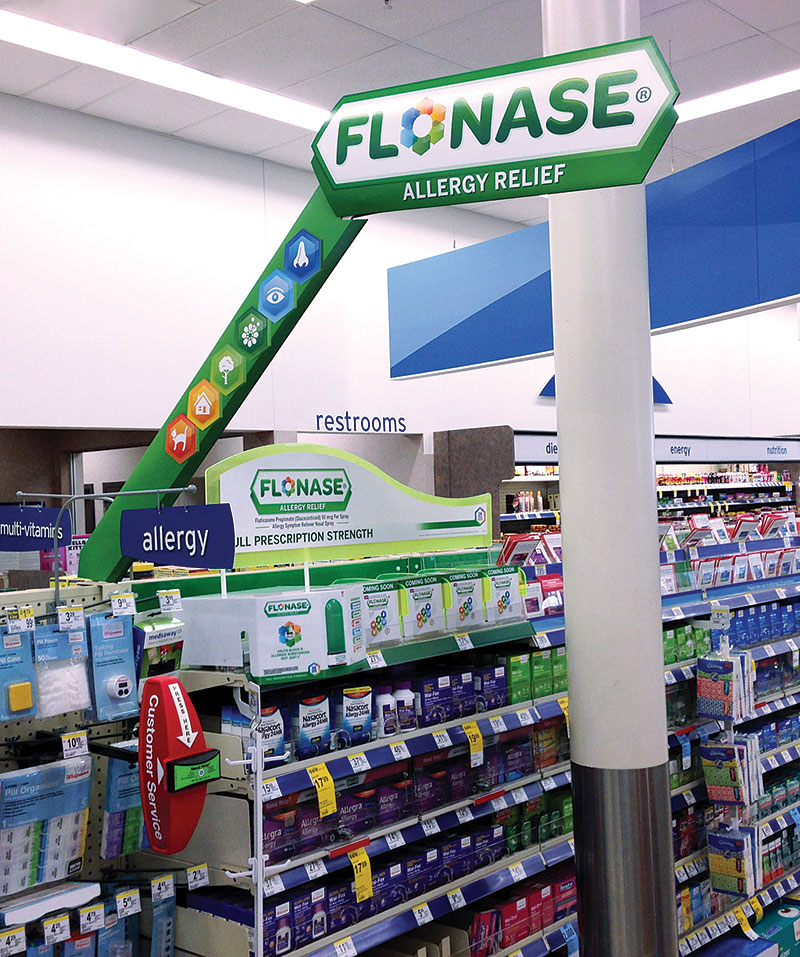