The appliance section of a department store often blurs together as a “sea of sameness,” and shoppers who make purchase decisions about kitchen appliances often choose functional, predictable designs rather than considering stylistic elements.

In addition to these challenges, the Cafe brand from GE Appliances faced a lack of brand recognition since “GE” had been removed from the name (formerly GE Cafe) while at the same time it was introducing a new upscale product line, Matte White.

Through the “Distinct by Design” campaign, Cafe sought to distinguish itself not only for its cooking performance but also for its visual impact. Targeting a consumer segment dubbed the “Style Steward,” a mostly female psychographic that comprises 19% of appliance shoppers, the campaign attempted to coax those shoppers to showcase their self-expression in the kitchen.

Over the course of the campaign, conducted with help from FCB/RED, Cafe beat its sales growth goals. The new Matte White product performed beyond expectations, sales boomed at Best Buy, and desirable floor space opened for the brand at The Home Depot and Lowe’s. Independent dealers also requested a significantly higher number of display units in 2019 than the prior year.

To achieve these metrics, Cafe targeted key platforms like premium home style publications and social media influencers to drive the activation through an omnichannel approach. This included:

• Videos that showed how Cafe can help bring personal style to life in the kitchen.

• Print creative with appliances featured in the kitchen to show how they bring design concepts to life.

• Social content developed specific for each channel, rolled out in stages that built on the lessons learned from previous stages.

• The “Cafe Collective,” a program for influencers in areas like cooking, lifestyle and interior design who are known for encouraging “Style Stewards” to express themselves. They received full suites of kitchen appliances and a contract to bring the target audience along on their journey toward kitchen-focused self-expression. 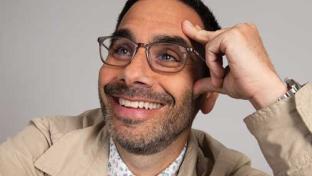