General Mills’ “Cheerios Moments of Good” campaign at Walmart reached out from the sea of cereal boxes to personally engage with Walmart shoppers on a human level through retail events and by emphasizing the importance of personal connection within all of the materials. Cheerios learned that at Walmart the cereal category had been hampered by a lack of emotional connection. Cereal brands didn’t speak genuinely to the shopper, and it caused shoppers to continually brand switch and show very little brand loyalty.

By piggybacking off the national Cheerios campaign called “One Million Acts of Good,” which encouraged the general public to do good by their neighbors, this campaign brought live “Moments of Good” to Walmart stores, delighting shoppers with surprises and acts of kindness inside stores as well as encouraging them to pay it forward.

The 360-degree campaign was led by retailtainment events that included 11 themed moments brought to stores, delivering more than 1 million engagements directly to Walmart shoppers. Themes were on thanking the military, rescuing animal wildlife and providing grocery giveaways, for example. The events garnered double-digit unit sales lifts for Cheerios after the events.

A dozen videos were made and posted on a Cheerios moments landing page on Walmart.com showing the grocery giveaway events that occurred and other themed moments of good events. The videos further provided that inspiration to do good, seeing more than 8 million views.

Social media further spread the word on the events and shared the videos, helping drive more than 430 million impressions and spur more than 21 public relations placements. To go along with the live store events, product demos were held and a breadth of POS materials supported.

The Cheerios Moments of Good campaign at Walmart made lasting emotional connections with shoppers and supported Walmart’s mission to save money and live better.

Members of the Path to Purchase Institute have access to a library of more than 100 case studies of Shopper Marketing Effie award-winning campaigns dating back to 2011. 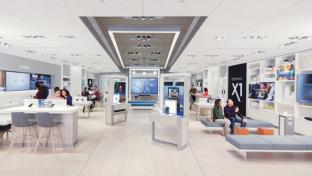