As Amazon and Walmart evolve and continually one-up the competition, they each face their own challenges

Walmart and Amazon’s rivalry in their quests for omnichannel domination has the two retail giants matching each other step for step with new offerings and innovations. While Walmart commands the physical space and Amazon leads online, both are making serious efforts to build out areas where they are lacking.

To avoid being squeezed in the middle, consumer goods companies have to develop differentiated strategies and capabilities even as the lines between in-store and online continue to blur.

Teams working with crucial distribution partner Walmart are challenged as the retailer itself hasn’t yet figured out exactly how to pursue the – in Walmart’s terms – “converged retail” future. Most sales still occur at brick-and-mortar, and the way brands budget, staff and engage with the mass merchant continues to be almost universally oriented much more toward that side of the business.

“There’s a tension between the legacy brick-and-mortar business that is profitable, albeit not growing, and then there is the emerging (e-commerce) business that Marc Lore is leading that is absorbing budgets and yet is not profitable,” says Keith Anderson, SVP of strategy & insights, Profitero.

Yet digital is increasingly influencing brick-and-mortar activity. As consumers go online to build shopping lists or find the locations of items while in the store, the lack of a digital presence could have a significant impact on in-store sales. Chris Perry, VP of global executive education at Edge by Ascential, goes further to say that digital sales could impact what gets shelf space in the aisles as Walmart aggressively expands its pickup and delivery programs, turning stores into fulfillment centers.

“What is winning online may very well in a not-so-distant future dictate what actually goes in store,” Perry says. “If you shift online ahead of everyone else, you may be the one that survives and gets incremental when other brands are delisted from in-store.”

Already, Walmart is giving digital-native brands such as Harry’s (acquired by Edgewell Personal Care) and Native (bought by Procter & Gamble) prime retail space in the store based on what was a small business online as a way to capture niche differentiators.

At Amazon, digital is a standalone strategy rather than an add-on, and there isn’t the same need for internal consensus building and alignment. Anderson posits the bigger challenge for brands working with Amazon is collaboration: “The way that Amazon is often characterized is a platform, not a partner the way that Walmart is. Amazon is automated and really efficient, but when you need to build a joint business plan and collaborate, Walmart is actually better equipped to partner.”

While Amazon has begun to solicit deeper relationships with the big manufacturers, it is a far cry from the kind of symmetrical organizational structure that you see in some cases between a broader Walmart team and Walmart’s organization. Relationships at Amazon are managed through the self-service Vendor Central portal rather than a buyer, and Amazon has technology- and analytics-driven processes for taking real-time action to change prices and apply different product designations that have a big impact on how visible and discoverable an item is to shoppers.

“That isn’t something that happens during a line review or a top-to-top, it happens dynamically when the page is rendered every time a shopper goes to the Amazon site,” Anderson says. “They’re running the calculation to see, ‘Is this item profitable at this price?’ And if Amazon is going to lose money they just take down the listing or say this item is unavailable, and that is pretty different and pretty disruptive.”

Drilling down to the specifics, Perry says that pack size is a big challenge for a brand working with Amazon as it relates to price: “The traditional one-unit products aren’t profitable to ship online and Amazon hasn’t quite figured out the right Prime Pantry or Fresh basket model yet.”

Downward price pressure reaches across both Amazon and Walmart. Walmart generally commands a broader share of a brand’s sales yet routinely fields requests from the brands to raise prices because they worry a lower price on Walmart will jeopardize their sales on Amazon, according to a recent Bloomberg report citing a Walmart manager speaking anonymously.

“There’s a sticky wicket that brands find themselves in when they’re doing business with Walmart and Amazon. The brand is challenged because in both cases they’re being pressured down on cost of goods,” says Symphony RetailAI CMO Kevin Sterneckert.

Perry says one solution might be taking a channel-back strategy even further to one that is more customer-specific. “It may literally be: I have an Amazon portfolio, I have a Walmart portfolio, I have a Target portfolio … and everyone else gets the base portfolio that is never promoted and available everywhere.” This would require a hefty investment, but would give brands a way to drive any particular retailer’s business without causing channel conflict or triggering brand value degradation within its broader portfolio.

Other Points of Comparison

Physical Footprint: Walmart’s key advantage is its sprawling footprint of physical locations. In the U.S., the retailer operates 4,759 total units (as of July 31), while Amazon operates 481 Whole Foods Market stores and 41 other U.S. locations.

Fulfillment: Amazon this year has invested more than $800 million in one-day shipping for Prime members, offering discounts of up to 75% on warehouse storage fees in exchange for sellers storing more of their most popular products with the company. Walmart followed suit by unveiling free, one-day shipping that it is expanding to 75% of the U.S. population by the end of the year. The mass merchant also has made its entire store available for next-day delivery and is further leveraging its sprawling physical footprint for store pickup programs that Amazon cannot yet compete with.

Growth by Acquisition: Amazon’s 2017 purchase of Whole Foods gave the company its own chain of grocery stores. Walmart’s highly publicized acquisitions of Jet, Hayneedle, Shoes.com, Moosejaw and Modcloth have demonstrated its commitment to becoming an e-commerce player, but they’ve come at a high cost. Walmart is now backpedaling and divesting some of these acquisitions.

Grocery: In this category, Amazon lags behind Walmart with an estimated $20 billion in revenue last year (according to Moody’s Investors Service) compared to Walmart’s estimated $270 billion – some $49 billion of that online.

Third-Party Marketplace: Amazon has a big head start on Walmart when it comes to its third-party marketplace, but Walmart should be able to narrow that gap. While Amazon’s marketplace is much bigger, it has more issues with fraud and copy-cats.

New Policies: Amazon made grocery brands pay for Prime Day promotion losses to fund the “profitability gap” of each product Amazon purchased wholesale and sold on its own. Walmart, meanwhile, has toughened delivery requirements with its “on time, in full” program as it looks to cut inventory while meeting e-commerce demands.

Exclusives: Both retailers are pushing for more brands to create products to sell exclusively to provide differentiation. Amazon is offering incentives such as free marketing and preferential treatment in search results, as well as rapid customer feedback. According to TJI Research, Amazon has upward of 400 exclusive brands, more than triple its number of private labels. Meanwhile, Walmart often gives standout secondary merchandising space along with marketing support to exclusive items. This year, the retailer notably launched three brands with P&G alone: Joy, Just. and Gleem, the last brand also facilitating direct-to-consumer sales from its own site.

Loyalty Programs: One of Amazon’s most notable products is its Prime membership service. Walmart does not have a loyalty program but is attempting to compete with its unlimited delivery service.

Ad Business: Walmart is working to catch up with Amazon’s mature media business, recently pivoting on-site ad sales from WPP’s Triad to a self-serve mode via the internal Walmart Media Group in a model akin to Amazon’s. The move creates a new bucket of investment for shopper brand teams working with the retailer but targets also broader brand budgets. Meanwhile, Amazon’s ad revenues continue growing, with digital ad spend share expected to leap from 3% last year to 8% in 2023, according to Juniper Research.

Latest Tech Acquisitions: In April, Walmart acquired cloud-based ad serving platform Polymorph Labs. In May, Amazon said it would acquire Sizmek, one of the largest global ad servers other than Google’s. 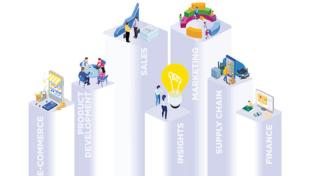 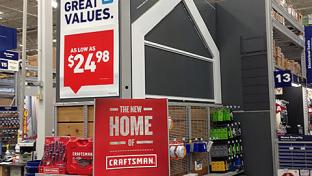 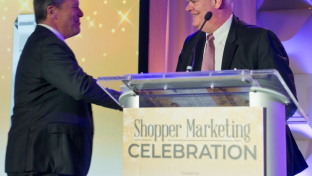 Enterprise Excellence
They Rose; Will You? 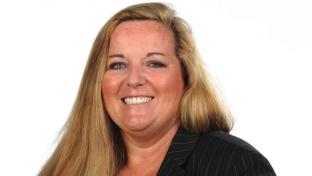 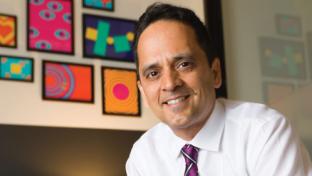