Although the customer, the supplier and the consumer have different goals and agendas, creating a “win-win-win” strategy that benefits all three isn’t out of the question, according to Chris Ann D’Alessandro, vice president of North American sales and customer marketing at World Kitchen.

Finding this sweet spot is something D’Alessandro calls “three-by-three alignment,” where finance, sales and brand marketing teams work harmoniously to meet the needs of everyone involved on the path to purchase. “We all learned early you have to define your goals,” D’Alessandro said during a Path to Purchase Expo seminar in September. “You definitely have to define your measurements. And you have to define the commitments that you need to make. However, the three-by-three part is that we need to make sure it’s aligned with the consumer, the customer and you internally – the supplier and manufacturer.”

Beyond that, digital content creation teams must strategically get out a message to which consumers will be receptive. “We need to create content that is on-topic and directed to the consumer,” said co-presenter Jeff Nowak, CEO, Rocket Man Digital. “We create content that goes into all channels. … We’re hitting the topics, the needs. How do we answer their biggest problems, and how do we answer those topics not only World Kitchen customers are searching for but maybe even a bigger audience that doesn’t know the products and the brands we are talking about?”

Collaborating with World Kitchen brands such as Chicago Cutlery and Pyrex, Rocket Man’s work was cut out for it, Nowak said. Cooking videos and recipes almost always do well in the social media sphere, but he pointed out the strength of the brand recognition behind digital content is just as important as the content itself.

“The visual assets are as rich and enjoyable to look at.” Nowak said. “It competes with Food Network, it competes with what you see on Williams-Sonoma. It’s strong because World Kitchen has invested in high-quality content. … We do simple things that download fast. We show people how to use Chicago Cutlery to cut a mango in seconds.”

D’Alessandro said the merchandise used in the campaign fell into impulse buy territory that could be plugged into several different retailers. Both D’Alessandro and Nowak said, however, that the marketing effort could have fallen flat if it weren’t for the strategic content that accompanied Pyrex 100.

Supporting activity included a cross-country tour of the world’s largest Pyrex measuring cup, creating flutter on social media. A video campaign of visitors touring the Pyrex factory and engaging with workers who had been with the company for five generations created digital buzz as well. Everything online was accompanied with the #RaiseYourGlass hashtag, which is where D’Alessandro said she saw the largest brand impact.

“We created a line of great nostalgic products that consumers actually purchased incrementally to what was on the shelves currently,” she said. “We had double-digit sales growth, top-line sales growth and double-digit average sales lift at our retail partners. Nearly double the historic levels of our traditional ad support. So we hit our commitments, we excited over 50 retail partners, but the big lightning was we generated more than 150 million digital impressions. For us as an organization it was huge, and it was all done in an incredibly short amount of time.” 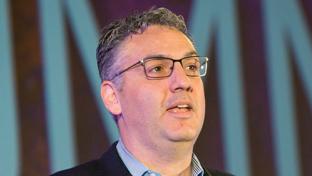 How to Win in a World Without Trust 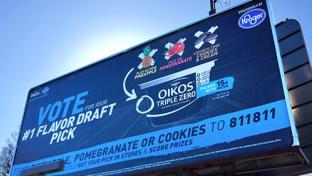 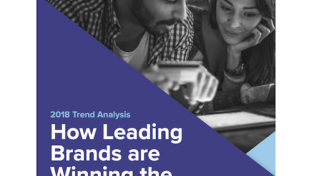 Sponsored
E-commerce
How Leading Brands Are Winning the Digital Shelf