Walmart is adding another layer of convenience to its developing e-commerce muscles by testing automated grocery fulfillment, deploying an automated kiosk to dispense online grocery orders at one store in Oklahoma. 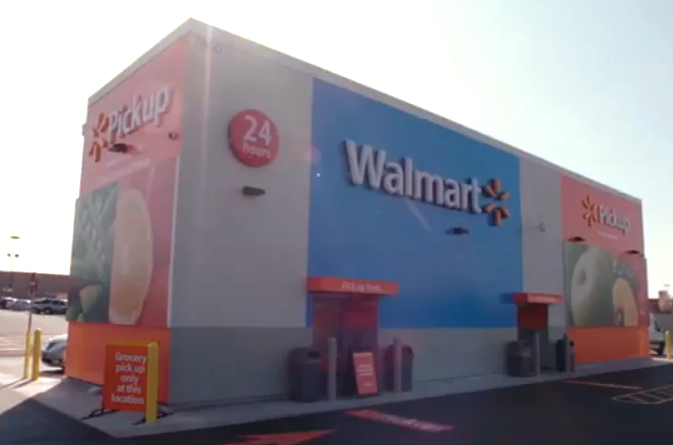 A step beyond the retailer's expanding curbside grocery pickup service, the kiosk can operate independently, fulfilling hundreds of orders per day and enabling pickups at any hour. The 20-by-80-foot kiosk — dubbed "24-Hour Pickup" — can hold up to 30,000 products, including frozen and refrigerated items.>

A video (see above) uploaded to the retailer's YouTube channel sums up the service.

Shoppers provide a confirmation code on a screen to open bay doors that reveal their order. There is no extra cost for the service.

The mass merchant also is experimenting with an in-store, automated kiosk for picking up online general merchandise orders. Dubbed "Pickup Tower," the kiosk is 16 feet tall by eight feet wide, and can hold some 300 items. It's equipped with a sensor that identifies when someone approaches, opening a door that provides access to a scanner. Shoppers scan a bar code they've received on their smartphones to trigger release of the orders. 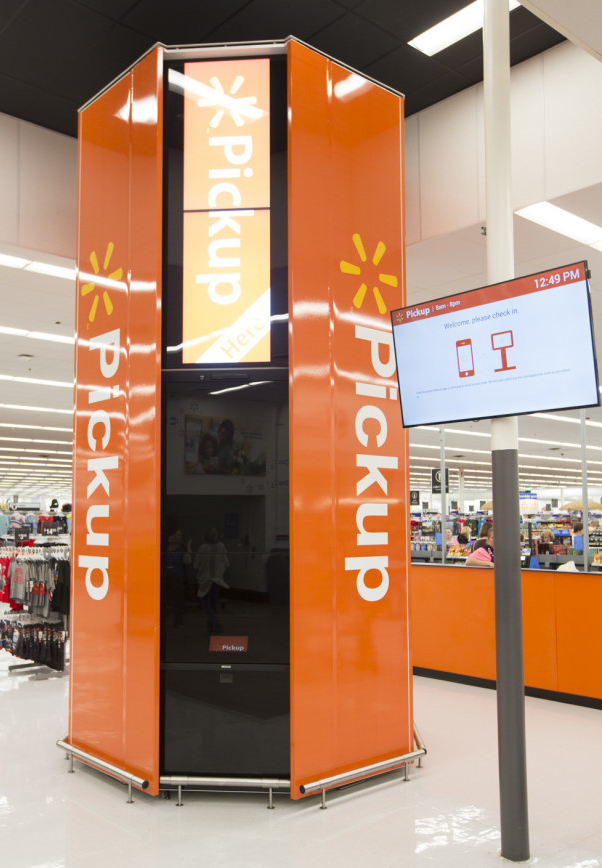 Following a successful initial test in one location, the pilot has expanded to a handful of others.

Both kiosks promise to spit out shopper orders in fewer than 60 seconds.