Walmart Gets a 'Tasty' Jump on the Shoppable Recipes Trend

Walmart Gets a 'Tasty' Jump on the Shoppable Recipes Trend

Tasty GM to Speak at Summit

Tasty general manager Ashley McCollum will discuss how brands can leverage the business to drive in-store activation during a keynote presentation at the Path to Purchase Summit taking place March 12-14 in Chicago (Schaumburg).

Walmart is seeking to reach more consumers through a deal with BuzzFeed leveraging the network's food-focused social franchise Tasty.

The retailer late last year began offering its wares for sale through recipe videos on the Tasty mobile application. The videos contain links to buy depicted products — such as skillets, pans and other kitchenware and appliances — from walmart.com as well as subsidiary jet.com. The move marks the first time the two companies are coming together for an exclusive partnership with a media outlet.

Soon, links to purchase recipe ingredients on both sites will also be added to the videos.

The partnership puts the retailer in front of consumers in a space where culinary inspiration often strikes, said Sumaiya Balbale, Walmart's vice president of e-commerce, mobile and digital marketing, in an interview with Business Insider.

"Consumers today are shopping very differently," Balbale said. "Content and commerce are coming together in more seamless and impactful ways."

Walmart outlined the effort in a video posted to its blog. (See video below.)

Although BuzzFeed's Tasty app is only available for iOS phones, reports indicate its video viewership typically reaches the millions. The partnership will add a vast network of potentially new customers to Walmart while helping grow the retailer's online grocery business.

To that end, Walmart in December also added meal kits from third-party providers such as Takeout Kits to its website.

Case Studies
'Justice League' Gets the AR Treatment at Walmart 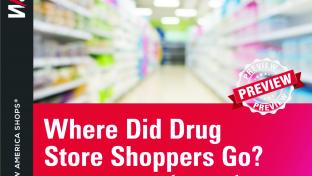 Case Studies
Walmart Gets on Board with Automated Sampling 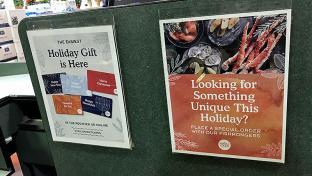 Case Studies
Whole Foods Gets Help for the Holidays