Walmart is increasingly engaging smartphone-wielding shoppers with custom displays from national brands that gain placement by helping the mass merchant provide an omnichannel shopping experience for its increasingly mobile-savvy shoppers.

During the holiday season, SC Johnson’s Glade earned secondary merchandising space in Action Alley with Shazam-enabled half-pallet displays. One merchandised limited-edition PlugIns scented-oil refills and invited shoppers to “Shazam to unlock Glade holiday surprises.” Another stocked candles and employed similar creative with a “Light Up Your Holidays with Scent” message. (In addition to the custom displays, in-store support for the brand included a holiday-themed Smart Network ad.)

Participants who scanned the display with the Shazam mobile application were taken to a landing page that presented the brand’s scents as “little bursts of joy the whole season through.” The destination offered a 15-second “Joy of Giving” video and invited visitors to listen to the “Glade Joy Jams” playlist or play the song “This Is My Wish” via Spotify. 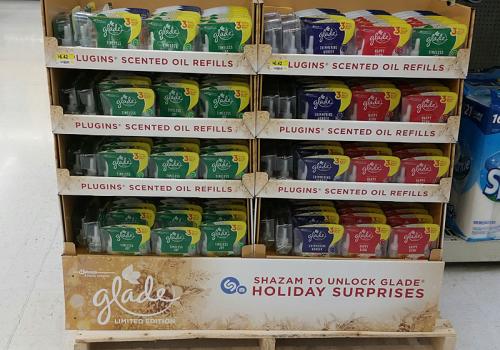 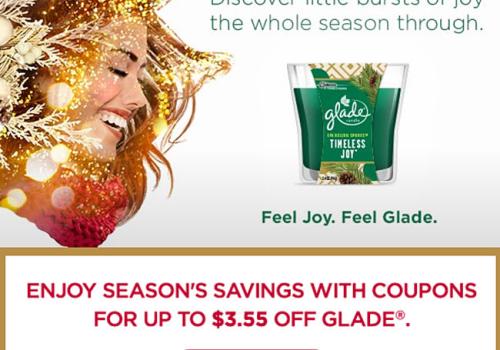 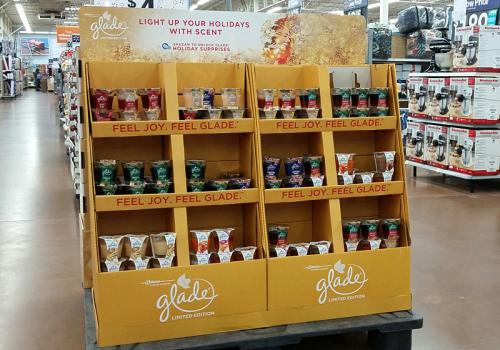 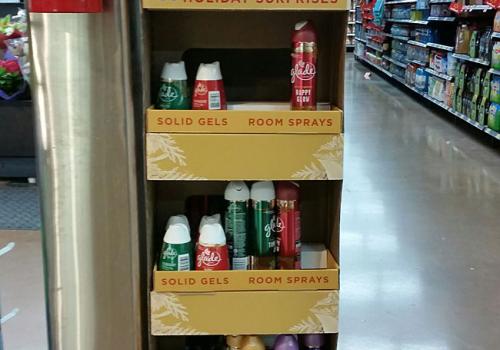 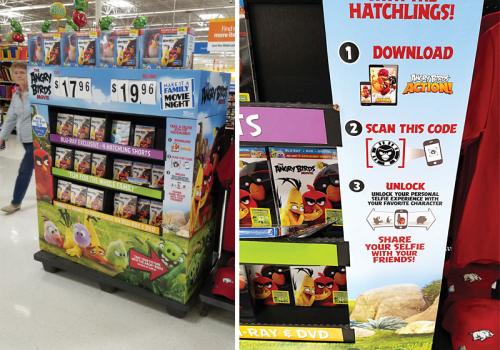 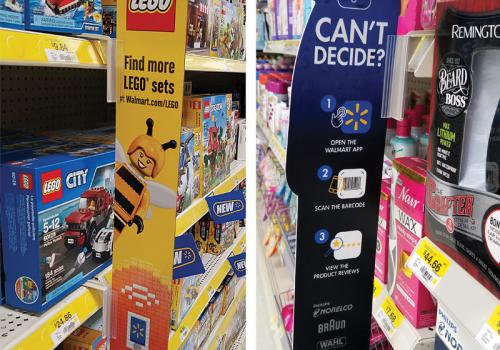 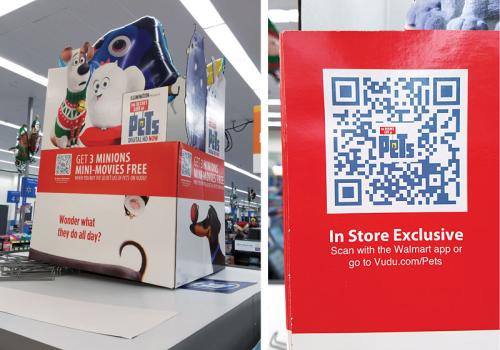 The landing page also offered a link to $3.55 in coupons, though the experience fell a bit short when mobile users were informed that “coupons aren’t available on mobile devices.” Instead, they were instructed to email the page to themselves to visit from a desktop or laptop with printing capabilities.

Other brands have leveraged Shazam in a more seamless way. Last summer, Walmart gave upfront positioning to custom displays from Coca-Cola Co. as an overlay to the manufacturer’s national “Share a Coke and a Song” campaign. Shoppers who scanned the display with Shazam gained access to an exclusive 360-degree video of Kelsea Ballerini performing her single “Peter Pan.”

A blurb on the pallet promoted the ability to watch the movie free through the retailer’s Vudu streaming service for subscribers of the Walmart Family Mobile plan provided by T-Mobile, while a header card positioned in the electronics department depicting the red character explained that subscribers can “watch a movie on us every month.”

Also leveraging Vudu, a header card recently incentivized pre-orders of Universal Pictures’ “The Secret Life of Pets” on home video by dangling early access to the film via the service. Shoppers who took advantage of the offer additionally got three “Minions” mini-movies as a bonus. Shoppers scanned a QR code on the header with the Walmart app to access details about the offer.

The branded efforts coincide with Walmart’s fortification of its own mobile and digital offerings.

Last summer the retailer lured new consumers to its mobile app by dangling a $10 e-gift card with a $75 minimum total on their first in-app purchase from July 25-29. A July 25 email supported, linking to a “Walmart Mobile” landing page within Walmart.com that boasted all of the app’s functions, including Walmart Pay and Savings Catcher.

In the baby department, Walmart has been promoting the ability to access its baby registry via the app. Side panels tout the ability to create, manage and share registries, as well as browse, scan and add items. Some stores additionally detail car seats, cribs and other baby products available online on a large, in-line flip book that is part of the retailer’s new signage package.

Additional branded signage along the same vein has included a new addition to the Lego Group’s Lego in-line display: an aisle violator inviting shoppers to “find more Lego sets” at Walmart.com/Lego. In the personal care department, an aisle violator carrying the logos of brands including Philips Norelco, Braun and Remington invites shoppers to scan barcodes with the Walmart app to view product reviews.

During the holiday season, Walmart took extra steps to provide its most connected shopping experience ever. The mass merchant made some of its Black Friday deals available exclusively through its mobile app, tripled online inventory compared to the previous holiday season, and made more items available for store pickup, allocating dedicated employees to man the service.