Walgreens this June is supporting a new initiative by Kimberly-Clark’s U by Kotex aimed at helping women in need access feminine hygiene products.

U by Kotex is the founding sponsor of the Alliance for Period Supplies, a program of the nonprofit National Diaper Bank Network. A May 1 media release introducing the program indicated U by Kotex made an initial donation of 2 million products and is committed to similar donations for each of the next three years. The release said that select retail partners will team with U by Kotex to increase that initial commitment by linking purchases of U by Kotex products to additional donations to reach even more individuals in need.

First in line, Walgreens is partnering with the brand to donate two products to the alliance for every U by Kotex product purchased in-store or online from June 3-30. A month-long “buy one, get one half off” incentive on eligible products supports.

"U by Kotex is launching the ‘With U, She Can’ program because we believe that a woman's period should never stand in the way of her progress. Period," Jaja Lang, brand director for U by Kotex, said in the release. "The reality is that for millions of women a period is doing just that."

Walgreens promoted the effort with features in its June 3 circular and June coupon book, which hit stores the same day, and a June 4 Twitter update. Additionally, this retailer-specific program is called out on the U by Kotex website’s home page. 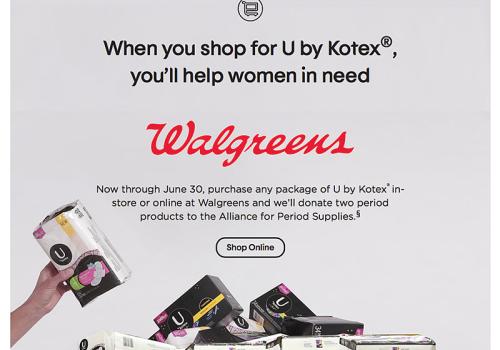 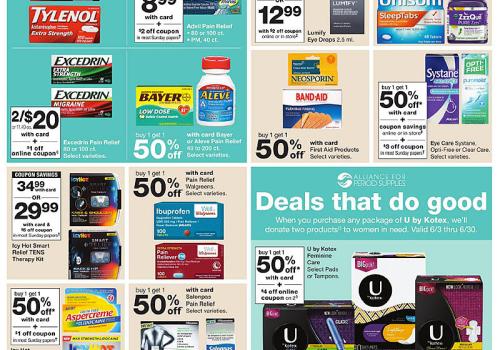 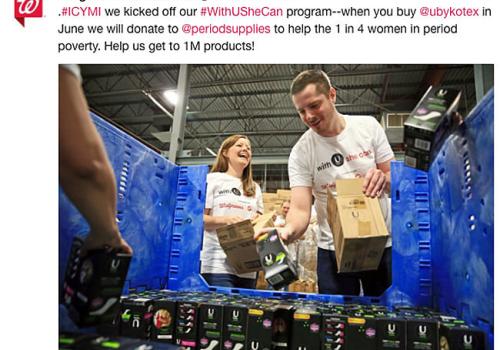