I wanted to use this month’s Editor’s Note to provide an update on a special industry initiative first mentioned here in August.

Launched in the summer with support from some of the industry’s leading product manufacturers, marketing agencies and solution providers, the Commission to Standardize the Measurement of Shopper Marketing (or SM2) is working to give the industry a complete understanding of the impact that shopper marketing has on sustainable sales growth for consumer brands and retailers.

The goal of the Commission is to develop a foundational playbook and a standard method of measurement that will allow shopper marketing to be accurately evaluated – and, therefore, fully appreciated – within the overall marketing mix.

“Effective measurement has been a critical need in our industry for years, and that’s evident in the overwhelming support we’ve already received for this initiative,” said Tanner Van Dusen, the Institute’s managing director.  “We’re humbled by the response and thrilled to be spearheading this vital effort to develop standards that can propel the industry forward.”

Shopper marketing has evolved tremendously in the last 15 years, moving steadily from a discipline focused heavily on traditional retail marketing channels and tactics to one that followed consumers as they embraced digital media in all its forms.

But despite a generally accepted understanding of its ability to drive sales, strengthen shopper engagement and even build brands, there is still no industry-wide standard for measuring shopper marketing’s effectiveness and, therefore, proving its value in relation to other areas of the marketing mix.

This lack of measurement standards has hindered the ability of shopper marketing to move beyond its status at many organizations as a siloed, tactical function and be viewed as a comprehensive, strategic, brand-building capability within the marketing organization. SM2 was created to eliminate that obstacle.

“To succeed, we needed to gain a diverse range of perspectives from key members of the shopper marketing community, to ensure that we have a complete, balanced understanding of the industry’s needs,” said Van Dusen. “We’re delighted to report that we’ve done just that.”

The Commission began meeting in late June for a series of virtual events and workshops that will take place throughout 2020. Members have been divided into three workgroups that will:

• Develop a “playbook” that will establish the scope of shopper marketing across the entire path to purchase, including a comprehensive outline of the channels, platforms and tactics it encompasses.

• Identify the data inputs and outputs needed to create a model for measuring the ROI of shopper marketing that can be used to accurately compare results with other marketing activity.

• Design a series of pilot programs that will be conducted to pressure-test the initial model and inform future modifications, updates and additions.

Commission members will join with us to present the group’s first official industry update at the Path to Purchase Digital Expo, to be held Nov. 10-12. 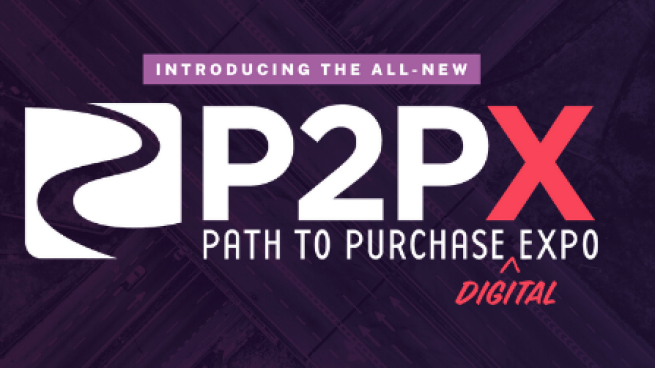 I am writing this Editor’s Note just after concluding the all-new, all-virtual Path to Purchase Digital Expo. When you participate in a three-day marketing conference as both a speaker and attendee and you wear sweatpants the entire time (even when dressed in formal attire from the waist up), your thoughts can tend toward the surreal. 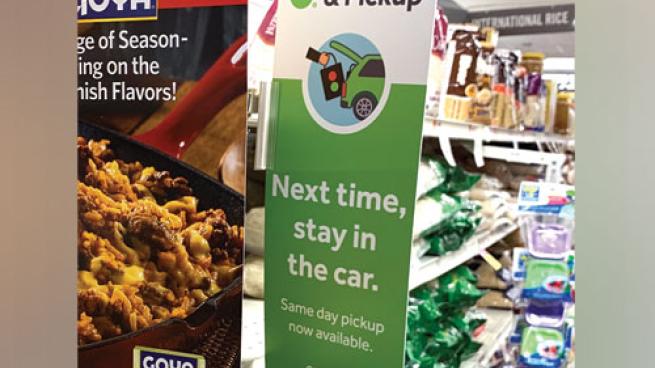 If there is a single image that, for me, aptly illustrates the seismic changes currently taking place in our industry, it’s a shelf talker I noticed at Stop & Shop in early September. 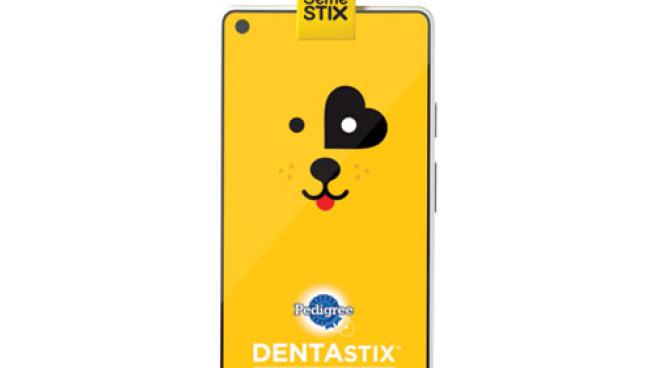 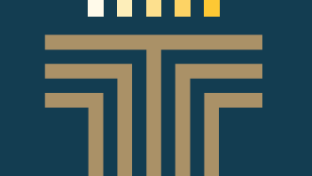 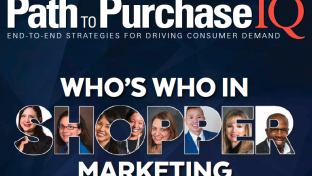