Trends in Pet Care Products: The Rise of the ‘Fur Baby’ 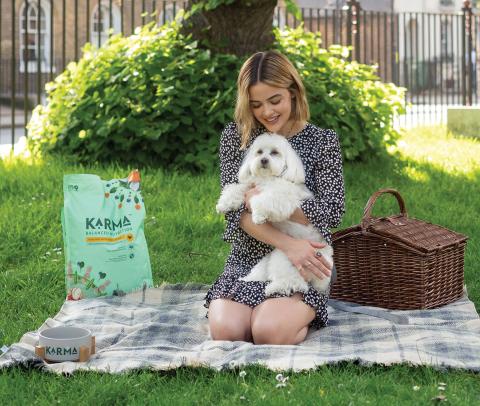 Historically, pet care products have tended to experience growth rates that mirror those of the overall CPG business. That correlation was upended in 2020 when the pandemic-induced pet adoption boom resulted in a huge spike in sales of pet food, treats and supplies, a roughly $50 billion category that accounts for about half of all pet care industry sales.

This year, the category’s momentum has shown no signs of slowing down. The overall pet care market itself in the U.S. is estimated at nearly $80 billion for 2021, as reported in a market study published by Global Industry Analysts in August (which also forecasted the global pet care market to reach $241.1 billion by 2026). And according to IRI, dollar sales of pet care products were up 7.1% for the 52 weeks ending June 13 — their highest growth rate in the past five years — and 8.2% for the 12 weeks ended Aug. 8.

If there is a single overarching trend that is responsible for driving much of this growth, it is the ongoing humanization of pets. American consumers consider pets part of the family — a sentiment that has picked up steam and is growing, especially among Millennials who are forgoing or delaying traditional milestones such as marriage and having children. In fact, Millennials represent the largest share of pet owners in the U.S. by generation (31%), and more than three-quarters of female Millennials (76%) refer to their pet as their “fur baby,” according to Statista.

These cultural shifts are causing people-focused marketing themes to increasingly spill over into the pet category — everything from premium food and sustainable packaging to new health and wellness-oriented products and PR initiatives. And marketers are clearly having fun with the trend. Petco delved deep into the animal psyche in a series of ads depicting humans as talking pets. Mars Petcare launched a set of matching human and dog meals, Bestie Bowls, and leveraged a partnership between Postmates and a “pup-up” store to offer delivery of Cesar Wholesome Bowls, a new line of culinary-inspired wet food for dogs.

Competition in the category is also heating up. National brands are winning out over private label, while club stores and dollar stores are showing strength relative to other retail channels. But mass and specialty stores outperform with younger shoppers, according to data from IRI, which may offer those retailers an edge going forward. Online, challenger brands continue to steal share from established market leaders, as the top 10 brands account for just 40% of e-commerce sales, according to 1010data.

Read on to delve deeper into these changes and other highlights from the year’s top trends in pet care.

With pet owners viewing their furry friends as an extension of the family, marketers are embracing the new reality and leaning into the term “pet parents.” Petco took the idea a step further this year by literally depicting humans as pets in its “It’s What We’d Want If We Were Pets” brand marketing campaign, which included TV spots, online videos and digital ads, as well in-store merchandising support from P-O-P signage.

The retailer has increased its assortment of natural food brands like The Honest Kitchen, which has been featured prominently on Petco.com and in aisle displays at Petco stores. The San Diego-based company touts its use of all non-GMO ingredients and “human grade” products made from eggs, salmon, pumpkin and parsley.

Plant-based pet food products also are on the rise. In June, Mars Petcare introduced Karma, a line of “plant-first” pet food packaged in recyclable bags that is comprised of more than 60% plant-based superfood ingredients like flaxseed and kale, as well as traditional pet food proteins like white fish and chicken. “Karma was created based on consumer insights and human trends in the plant-based food space. We found a growing demand for similar plant-based food options for pets,” says Craig Neely, vice president of marketing at Mars Petcare.

The next wave of innovation may come from cultured or “cultivated” proteins that are sourced directly from animal cells, which eliminates the need to farm animals for food. The Berkley, California-based biotech startup Wild Earth, whose products include a dog treat made with cultured koji (a lab-induced fungus that purportedly contains more protein than steak), recently secured a $23 million investment from venture capitalists and famed promoter Mark Cuban.

Organic, raw and human-grade pet food products are also some of the fastest growing segments online. Customers are embracing new, healthier alternatives from challenger brands like Full Moon, which has shown some of the highest customer retention rates and increases in share of new customers in the category, according to 1010data’s Market Intelligence eCommerce Panel, which tracks year-over-year growth from June 2020 through May 2021.

Private label sales in general have been on a steady upward climb over the past decade, but it’s a somewhat different story in the pet category. Dollar sales of private-label pet products were up on average about 4.5% in the past two years, which is down from the increase of 6.5% in 2018 and 9.6% in 2019, according to IRI. Meanwhile, private label’s share of the category has remained flat, currently accounting for about 11% of all pet food dollar sales and 34% of pet supplies, according to Nielsen data provided to the Private Label Manufacturers Association.

“The growth in pet care products is coming from premium and super-premium products, not private label,” says Joan Driggs, vice president of content and thought leadership at IRI. “Consumers are willing to pay more, because if your pet is happy, you’re happy.”

Jim Wisner, a supermarket industry veteran and expert in private brands, says that retailers have struggled to keep pace with new pet product introductions from national brands, especially those on the premium end. “Major retailers have invested significantly in their private pet brands, and as those get better established, we should start to see a resurgence,” he says. “Retailers also can do a better job of getting store brands recommended [and sold] by veterinarians, which is its own distinct channel.”

In addition to leveraging services (Walmart began adding in-store vet clinics back in 2019), brick-and-mortar retailers can cater to pet owners’ educational needs to help increase foot traffic and boost sales of store brands, says Anders McGillis, principal at the Toronto-based consulting firm Jackman. “Retailers naturally have the product mix and the ability to engage shoppers in a conversation about wellness for pets,” he says. That includes offering tips on everything from nutritional needs to an ideal walking schedule for dogs, he notes. 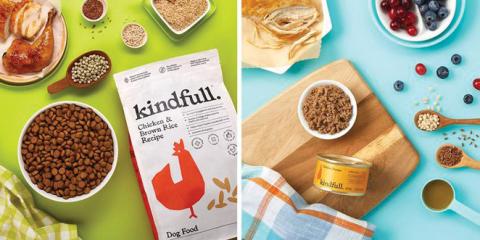 Sales of pet products are growing across all major retail channels — but there are clear winners and losers. Through the second quarter of 2021, total retail dollar sales in the category were up 7.1%, according to IRI, but the increases were largely concentrated in club stores (up 8%) and dollar stores (7.1%), with a second tier of gains in drug (5.3%), grocery (3.6%) and convenience (2.1%) channels. Mass/supercenter stores and specialty pet retailers, meanwhile, only managed to eke out gains of about half a percent.

According to Driggs, part of the explanation for these disparities stems from changing shopping behaviors during the pandemic, which had a particularly strong impact on the pet category. “A lot of people took their stimulus dollars and invested in a club membership,” she explains. “Stores like Sam’s Club saw greater household penetration and people were spending a lot of money on deals. They appreciated the savings and because they were at home — especially in a category like pet care — it made sense to buy in larger sizes.”

If mass and specialty retailers have an ace in the hole, it’s their strength with younger shoppers. IRI data shows a distinct channel preference among different generational cohorts. Younger Millennials in particular over-index with specialty retailers, while older Millennials favor drug and mass/supercenter stores. Grocery and convenience stores are the preferred channels of older generations, particularly older Boomers and Seniors.

“Youngest pet parents are new to this game and going to specialty stores to learn,” says Driggs. “Specialty can offer a full breadth of services like grooming and finding a dog walker. You can get everything taken care of in one place and feel like you’re talking with someone who can help you.” Older Millennials focus more on the trip mission, looking for a quick fix or where they can find the best value, adds Driggs.

Target is trying to give its pet aisles a youthful infusion with the addition of Wild One, a startup brand geared toward design-conscious Millennials. Earlier this year, Target featured an endcap display with a selection of Wild One products, which include leashes, poop bags, toys, grooming items and supplements. 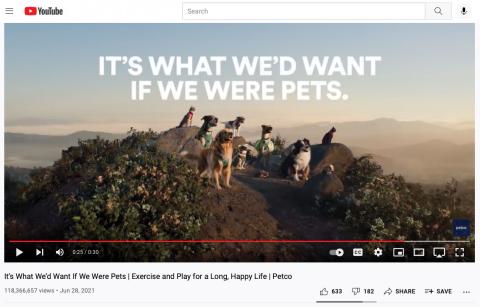 Petco delved deep into the animal psyche in a series of ads depicting humans as talking pets.

The pet supplies category experienced overall online growth of 35% this year, and that figure was even higher in sub-segments such as pet snacks (45%) and cat food (43%), according to the 1010data panel. In pet care, the report noted, the internet is literally the home of long-tail brands. The top 10 brands in the food and snack segment accounted for only 40% of sales, and only two of those have a market share above 5%: Purina’s Pro Plan (7.2%) and Hill’s Science Diet (6%). Online customers are branching out from established market leaders to emerging brands like SmartBones, a rawhide alternative, and Halo, a holistic pet food brand that offers vegan options.

Frank Riva, vice president of marketing at 1010data, expects the competition to intensify further as leading e-commerce platforms Chewy.com and Amazon continue to draw more search traffic and promote their own pet brands in search results on the sites. “The top five dog food brands experienced a very high conversion rate [of 88% or higher] when one of their products was considered, based on our analysis of the search terms employed,” he says. “But as the pet category matures online, just as with other categories, we can expect a lot more brand switching as customers get pulled away from their initial searches.”

Given the fertile online environment, marketers are increasing their distribution of pet care products with e-commerce leaders like Chewy (which is the top platform with 44% market share in the category, according to 1010data) and Amazon. “Given the shift to online and e-commerce shopping spurred by the pandemic — we saw it jump from 16% of pet food category sales to 23% at the beginning of the lockdown period, and it has remained at about 25% since then — Karma is available to purchase on Chewy and Amazon, as well as in-store and online from Petco,” notes Neely of Mars Petcare.

E-commerce is expected to drive future growth in the category, even if the annual growth rate decelerates as the pandemic wanes. Global e-commerce will account for 29% of overall category sales by 2025, according to Statista, while Packaged Facts predicts that e-commerce will surge to 35% of the non-food pet supplies market in the U.S. by 2025. For pet care marketers, those kinds of figures are “paws” to celebrate.