Since 2013, the Coca-Cola Co. has conducted an annual study of shoppers as part of its efforts to provide thought leadership to the industry and strategic intelligence to retailer partners. Called iSHOP (“Individual Shopping Habits, Occasions and Perceptions”), the uniquely comprehensive study surveys consumers on a daily basis throughout the year to account for seasonal differences and other potential variables in their needs and habits.

The 2019 study sought to understand shopper attitudes about specific retailers across 30 different behavioral drivers, ranging from abstract assertions (“Is a store I trust”) to more tangible concepts (“Has a clean shopping area”). Coca-Cola identified the level of influence each of these drivers has on three critical shopper behaviors: Trial, Frequency and Advocacy.

Through an exclusive arrangement, EnsembleIQ presented channel-level results across several of its retail-focused publications this spring. Members of the Path to Purchase Institute received exclusive access to a complete analysis of results from every key packaged goods channel, including a special interactive report covering top-line results.

Coca-Cola’s definition for the three behaviors that form the basis of the iSHOP analysis:

Trial: Drivers that put a retailer into the shopper’s consideration set for what Coke describes as “light shopping” (no more than one trip per quarter).

Frequency: Drivers that make the retailer a regular destination (at least once per month) for the shopper.

Advocacy: Drivers that lead a shopper to recommend the retailer to other consumers. Among the leading drivers in this area is their belief that the retailer is “a store I trust.”

The warehouse club channel’s reputation for conducting sampling/product demonstrations precedes it: That factor ranked highest among the attributes that are driving trial in the channel. Also important are general trustworthiness and “good overall value,” another channel hallmark related to the bulk packaging that has become a defining characteristic.

Similarly, among the factors driving frequency are the ability for shoppers to find the items they want to buy in “easy locations” and get in and out of the store easily (excluding, Institute editors assume, the typical warehouse on a Saturday afternoon). In terms of driving advocacy, trustworthiness is the most important factor (as it is across most channels), followed by being a “fun” place to shop: the “Treasure Hunt” atmosphere that helps shoppers find products for which they weren’t looking is another key aspect of the channel’s business model.

Meanwhile, the shopper ratings for the three national warehouse club chains also align with the general industry consensus about Costco, Sam’s Club and BJ’s Wholesale, which typically would be ranked in that order for operational efficiency and shopper satisfaction.

For convenience store retailers, the research determined that the top drivers for trial – putting the retailer into the shopper’s consideration set – are:

1. A good place to grab a quick meal or snack;

2. Easy to get in and out quickly;

However, different factors drive frequency (repeat visits) and advocacy (recommending the store to others). For frequency, the top drivers are: items I buy are in easy locations, one-stop shopping, is a store I trust, helpful employees, and good overall value. For advocacy, the top drivers are: store I trust, good atmosphere, clean shopping area, good overall value, and helpful employees.

Pennsylvania-based Wawa scored the highest grades with loyal shoppers on four of the top five drivers measured: 53% of frequent shoppers rated Wawa tops for “is a store I trust;” 49% for “has friendly, comfortable atmosphere;” 58% for “clean shopping area;” and 34% for “provides good value.” The food-forward convenience store chain also ranked second, at 37%, for the fifth driver of “helpful employees.”

While Coca-Cola’s study found that price perception was relatively unimportant as a behavioral driver overall, it should come as no surprise that it ranked higher as a factor within the dollar store channel – aka, the value channel – where price is generally considered to be the primary factor in shopper selection.

For instance, “good overall value” and “low everyday prices” were the two most important factors in driving trial. “Familiar location” is another logical factor, given that one of the channel’s chief strengths has always been proximity to rural residents and other shoppers who otherwise must travel distances to reach larger stores.

Looking at the ratings for leading retailers in the channel, Dollar Tree emerges as the decided leader, earning the highest ratings for trial and, more importantly, for advocacy. It does, however, land third on the list for frequency behind the channel’s largest chain, Dollar General, and Dollar Tree’s own Family Dollar affiliate.

The comparative ratings of Dollar General and Family Dollar could be one reason why the former retailer is preparing to open 1,000 new stores in 2020 while the latter chain will only expand by about 200 doors. (Parent Dollar Tree will open about 350 eponymous locations.)

The survey found that consumers were generally pleased with their experiences at pharmacies across all mass retail outlets, though some chains fared better than others. The three national drugstore chains all performed well in the study with regard to consumer trust in the pharmacy.

• Among grocery chains, H-E-B, Wegmans, Trader Joe’s and Publix scored the highest marks in four of the top five drivers. In the fifth, “good overall value,” the top grocers were H-E-B, Aldi, King Soopers (owned by Kroger) and Lidl;

• Dollar stores’ and drugstores’ rankings were more similar to those of c-stores than grocery stores and clubs;

• Dollar Tree and Dollar General had generally higher scores on the top drivers than 99 Cents Only Stores and Family Dollar;

• Costco led the clubs, trailed by BJ’s and then Sam’s Club.

As it is across all channels, the somewhat abstract concept of being “a store I trust” is the leading driver of shopper advocacy. Other factors include delivering a fun shopping experience, having a good atmosphere and being well-organized.

Keeping those factors in mind, shopper ratings of specific retailers can be clearly understood. Meijer, whose reputation as a dependable regional retailer (albeit with an expanding footprint) is well known throughout the industry, leads all chains across all three shopper behaviors. Similarly, Kroger’s Northwestern regional chain, Fred Meyer, lands in second place among key factors driving frequency and advocacy.

The prominence of those two regional players stands in obvious contrast to the channel’s two largest players, Walmart and Target, which earned top-five positions across all three behaviors but clearly take a backseat to their smaller competitors.

Grocers earning the top rankings were:

When it comes to shopper advocacy, regional operators seem to do especially well due to their ability to foster trust among their shoppers.

Texas-centric H-E-B earned the highest scores for “Is a store I trust,” followed by Southeastern operator Publix (see chart).

Overall, six of the 10 chains with the highest trust ratings are independent regional grocers, with three others – Harris Teeter, King Soopers and Fry’s – likely benefitting from parent company Kroger’s largely localized operating model. Alternate grocer Trader Joe’s was the only “national” player in the top 10.

Trader Joe’s, however, took the top honor as a “fun place to shop,” with New York-based Wegmans coming in second.

Publix topped both the “good atmosphere” and “helpful employees” rankings but failed to score in the top 10 for “good overall value,” a category where H-E-B and Aldi reigned supreme. 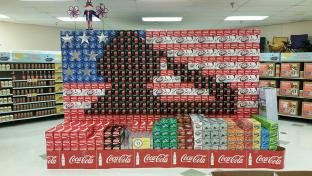 Insights & Analytics
In Retail We Trust 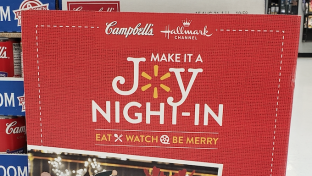 Shopper Marketing
Campbell’s Stages a ‘Joy Night In’ at Walmart 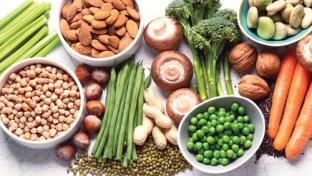 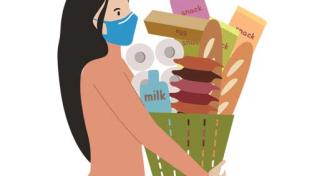 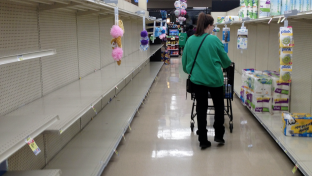