Sharing to a New Tune

Sharing to a New Tune

The Coca-Cola Co. this spring launched a massive “Share a Coke and a Song” effort, aiming to build on the success of its “Share a Coke” campaign by refreshing the concept with a musical twist.

Kroger and Coca-Cola integrated the musical focus into the retailer’s broader “Honoring Our Heroes” campaign benefitting the United Service Organizations. 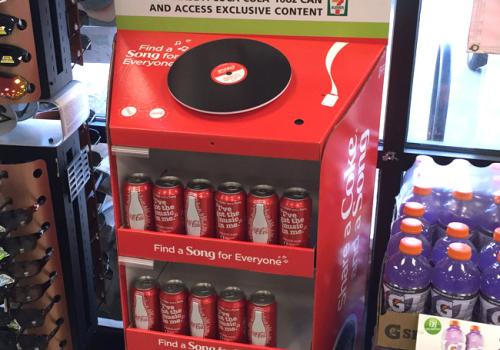 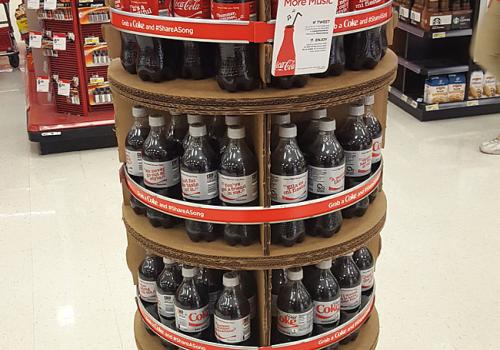 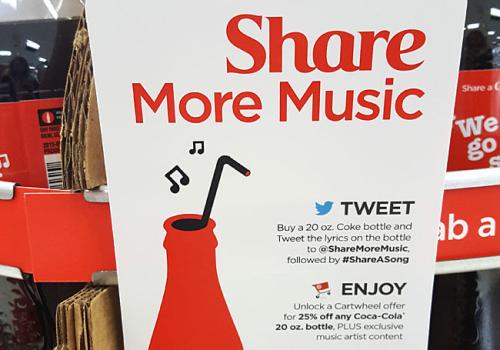 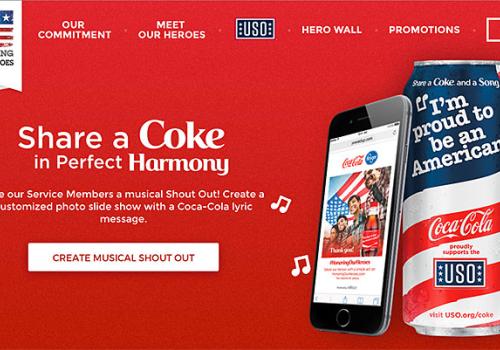 As they did for the Share a Coke effort in 2014, the partners donated a Coke to the nonprofit (up to 100,000) for every consumer who visited a dedicated HonoringOurHeroes.com microsite. New this year, the website also let participants send service members a customized photo slideshow set to one of the song lyrics found on Coke bottles. Display ads on various news websites and co-op radio spots supported the cause.

Coke additionally activated its own 75-year sponsorship of the USO on 24-packs containing cans decorated with an American flag theme and the lyric “I’m proud to be an American.”

7-Eleven gave the effort a high-tech spin, stocking an exclusive Coca-Cola can that delivers account-specific content via an augmented reality mobile app.

The 16-ounce can instructs shoppers to “unlock music” by downloading the Blippar app and scanning the silhouette of a bottle depicted on the can. Once the bottle is scanned, the app then superimposes sunglasses, headphones and a play button over the can, allowing users to play music from various artists including Elle King, The Killers, Ellie Goulding and Beck. The app also directs users to listen to an exclusive Coca-Cola playlist on Spotify and lets them make shareable, music-related videos employing augmented reality.

In select 7-Eleven stores, the cans are stocked on account-specific, motion-activated floorstands that spin a record and play a song when shoppers walk near the display. Employing an “I’ve got the music in me” message, the cans are also merchandised in coolers. A carousel ad on 7-eleven.com supports the effort.

Target, meanwhile, tied Coca-Cola’s campaign to its popular Cartwheel digital coupon platform. Bottle-shaped floorstands – a platinum-winning display at the 2015 Design of the Times Awards competition – are positioned near checkout and stock participating 20-ounce SKUs. The display invites shoppers to “Share More Music” by posting lyrics from their bottle to the ShareMoreMusic Twitter account with the #ShareASong hashtag.

Participants receive a link to a mobile-optimized Target.com showcase offering exclusive content from Derulo and dangling a Cartwheel coupon for 25% off another 20-ounce beverage. A home page display ad linked to the showcase at launch. Blog posts seeded by Collective Bias supported the effort.

Walmart received a custom dump bin carrying an icon shoppers could scan with the Shazam mobile app to gain access to exclusive musical content. The mass merchant also partnered with Coca-Cola and Sprint to host auditions at select locations allowing shoppers to compete to sing at a NASCAR race or event at Charlotte Motor Speedway.

Family Dollar hosted an exclusive sweepstakes tying into its summer campaign. The “Get Your Summer On and Share a Coke” sweeps awarded two grand-prize trips to Los Angeles to attend the BET Awards and associated events as well as 1,800 pairs of earbuds.

Consumers entered from April 28 to June 28 by linking their My Coke Rewards and Twitter or Instagram accounts and sharing the name of their favorite summer song with the hashtag #FamilyDollarCokeSweepstakes. Southfield, Michigan-based HelloWorld handled the sweeps.

Account-specific floorstands and a post on the retailer’s blog promoted the effort.

Delhaize America’s Food Lion hosted an exclusive “Share a Coke and a Song” instant-win game awarding 10 $100 unspecified gift cards and 130 wireless speakers, headphones, earbuds or music downloads. Consumers entered from May 18-31 through a promotional page operated by HelloWorld. Account-specific dump bins were positioned near the front of stores. The effort was supported by a feature in the digital version of the chain’s May 25 circular, and Facebook and Twitter updates.

The original Share a Coke effort is in its third year in the U.S. The campaign originated in Australia in 2011 and has since rolled out in more than 70 countries. The Share a Song spinoff also has international roots, originating in China in 2014. 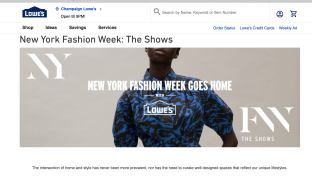 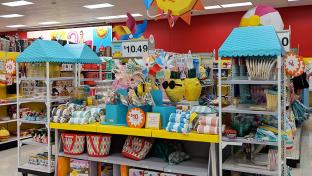 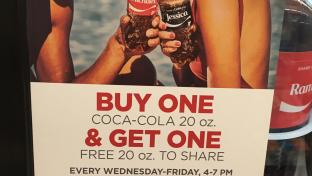 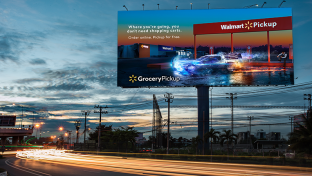