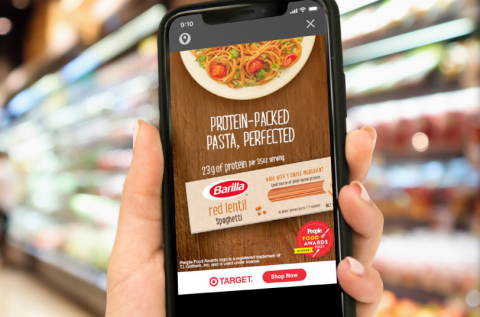 Location data and software company InMarket has released an overview of its top performing “Breakthrough Moments” winners for the second half of 2021. InMarket’s Breakthrough Moments report, which is released twice a year, highlights the brands that most effectively combined timing, relevance and context to create brand moments and digital campaigns that drove exceptional viewability and high engagement rates, according to a news release from the company.

“As the advertising landscape becomes increasingly saturated, brands must create experiences that stand out from the crowd. Established advertisers know to consider aspects of a campaign beyond the 'who,' and optimize the 'when,' 'where' and 'why,'" said Todd Morris, co-CEO of InMarket, in the release. “InMarket’s Breakthrough Moments recognizes agile brands whose campaigns that not only increase awareness and engagement but create interactive experiences for consumers in the moments that matter — while they are shopping.”

Consumers spent an average of 4.2 hours on their mobile devices per day in 2021, an 11% increase from the previous year, per the report. InMarket says, as a result, they have “unparalleled exposure” to advertisements — as many as 10,000 each day. To reach them effectively, brands must cut through the noise to offer consumers relevant, engaging experiences to remember.

Anheuser-Busch, for example, earned its place in the report by recognizing soaring popularity for hard seltzers in the summer. The brand promoted three lines of the bubbly beverages (Bud Light seltzer, Michelob Ultra organic seltzer and Bon Viv). Mobile creative transported customers to a relaxing summer scene, and shared a $5 rebate offer for the brands. The brand drove an 11.85% CTR, 19.8x higher than the industry benchmark.

Barilla sought to ease protein intake concerns held by an increasing number of plant-based consumers by increasing their protein-packed and fiber-filled red lentil spaghetti. Complete with the Target logo to inform consumers where to purchase the award-winning pasta, the ad’s clean creative and clever copy resulted in a 5.41% CTR, 9x above industry average.

Bread & Butter Wines benefited fromglobal wine sales rising in the first half of 2021 by using straightforward creative, highlighting its selection of wines through a carefully curated color scheme and offered consumers an attractive call-to-action: $15 off their next wine purchase. The ad’s “effortless” allure resonated with consumers as its 17.85% CTR was 29.8x greater than industry benchmarks.

Stella Artois, in collaboration with Water.org, launched a “Get Together For Good” campaign, capitalizing on the collective sense of togetherness prompted by the holiday season. The celebratory illustration offered viewers a $10 rebate, resulting in a 9.45% CTR 15.8x above industry average.