Based on research finding that kids need help connecting with their peers even more than they need school supplies – and knowing they had to overcome parents’ laser focus on putting healthier options in their children’s lunchboxes – Hershey’s worked with TPN Retail to position the brand’s newly developed Emoji Bar as a conversation starter at the cafeteria table.

With individual squares displaying many of the most popular texting and social media emojis, the candy bar seemed to have potential as an easy, effortless catalyst for kid-to-kid connections, with meaning beyond simply being a treat. Digging deeper, Hershey and TPN discovered that the target audience of parents and kids, dubbed “Connection Seekers,” were concerned about being emotionally prepared for making friends in the lunchroom or on the school bus.

Created in 2019, the Emoji Bar was the first change to the iconic Hershey bar in 125 years. To ensure it gained awareness, Hershey supported the new bar with a 360-degree campaign called “Share a Smile.” The campaign did not have a huge media budget, but that did not seem necessary given how the change would get everyone talking.

Knowing that Connection Seekers are active on social media, Hershey used paid and owned media to reach them with messaging, including digital ads that targeted shoppers and led them to purchase online, along with in-store displays that placed the Emoji Bar outside the candy aisle and instead near school supplies, in the seasonal aisle and front-of-store. The campaign targeted key retailers across dollar, food, drug and mass, with unique overlay programs at certain chains.

The campaign surpassed its goals with instant consumable sales growth of 7%, more than 2.1 billion earned media impressions, and 1,000 earned media placements four weeks prior to launch. The success of the campaign inspired Hershey’s to create the DC Super Hero Bar available now – a new way of creating connections over a shared interest. 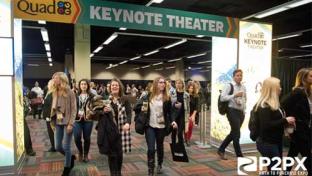