March is typically one of the lowest sales, traffic and volume months for spirits makers, thanks in large part to March Madness and St. Patrick’s Day, holidays traditionally dominated by the beer industry. Diageo carved out a new opportunity to promote its spirits brands through an inspirational campaign highlighting a different March celebration: Women’s History Month.

Diageo’s research identified an underserved growth segment for its dark spirits portfolio in female drinkers. Category sales growth (where “dark” is being defined as whiskey and rum, primarily leading with whiskey) is driven by women, and although nearly half of dark spirits drinkers are female (46%), whiskey marketing is often focused on men.

“Created by Craftswomen” challenged the antiquated belief that drinks have a natural gender affinity. The campaign leveraged video content of Diageo’s female blenders and distillers talking about their passion for dark spirits, as well as their personal stories and challenges. A 360-degree activation plan was built to inspire and educate consumers about the role and impact of these celebrated craftswomen and drive purchases within the liquor, mass and grocery channels.

Retail events featured televised broadcasts of live interviews with the craftswomen at Diageo’s Bulleit Distillery. Product sampling was backed by an array of merchandising including case stacks and shelf talkers, with tasting guides and educational take-ones to drive engagement and loyalty. The multi-brand program rolled out across key national/regional customers such as Total Wine & More, Meijer, Target, Albertsons, BevMo!, ABC and WB Liquors & Wine.

The program achieved an overall lift of 22% versus March 2018 across all participating Diageo brands, which included Bulleit Bourbon Whiskey (up 33%), Johnnie Walker Whisky Scotch (19%), George Dickel Whisky (28%), Crown Royal Whisky (15%) and Zacapa Rum (15%). Notably, Diageo spirits performed better than the overall category, which was up 6.3% during March.

The company secured display at seven retailers in a total of 1,200 stores. Bulleit Bourbon gained incremental display, driving a 27% basket lift versus 2018. As a bonus, incremental PR drove 4.8 million earned TV and online impressions when a local channel featured the program during its news broadcast. 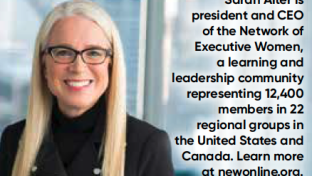