Rainn Wilson of “The Office” will share the story behind his career and the business he co-founded in a keynote address at the Path to Purchase Expo in Chicago.

Wilson will open the second day of the expo (P2PX) on Nov. 14 at the Hyatt Regency Chicago, 151 Wacker Drive, Chicago. The name of his keynote is "My Life as an Actor & Entrepreneur & 'Finding Your Why.'"

For nearly a decade, Wilson endeared himself to millions on the hit television series “The Office” earning three Emmy nominations for his portrayal of Dwight Schrute, an eccentric paper salesman whose ego and dreams of being “#2” knew no bounds.

Join Wilson in a special P2PX presentation as he draws on the offbeat genius behind his on-screen characterizations, showing how creativity isn’t simply for artists – it’s for everyone.

Through several anecdotes, Wilson will address another subject in which he and his character Dwight are well-versed: office culture. Wilson serves as an amiable guide through the corporate struggles, teamwork challenges, human triumphs and very real personalities that define the workplace.

Wilson will be joined toward the end of his keynote by Shabnam Mogharabi, general manager of SoulPancake, a media company and creative content studio they co-founded.

Wilson and Mogharabi will lead attendees through an interactive exercise around joy, purpose and gratitude.

Wilson was cast in “The Office” in 2005 and starred in the show until its conclusion in 2013. He co-founded SoulPancake with Mogharabi in 2008. Mogharabi has nearly 20 years of experience in media building startups and organizations with an emphasis on entertainment, news media, digital content and social platforms.

For more information and to register for P2PX, visit path2purchaseexpo.com. 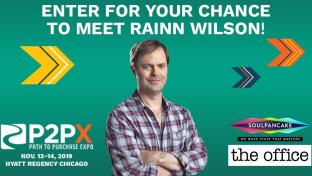 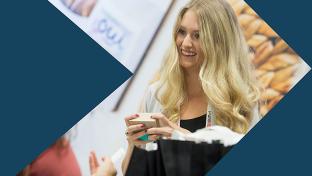 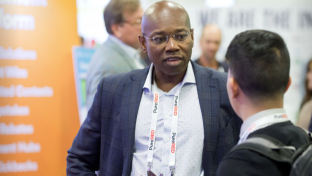