Retailers, large CPGs and challenger brands are jumping on the plant-based food bandwagon, raising the bar on product quality and marketing strategy

Greg Steltenpohl, CEO and co-founder of Los Angeles-based Califia Farms, uses the term “next-gen customers” to refer to the brand’s target audience, which he says is defined not strictly by age but also by behaviors and attitudes toward plant-based foods. And he considers himself one of them.

“I’m in my 60s, but I might behave in similar ways as some Gen Z people do,” says Steltenpohl. “I’ve figured out that I have some control over my own health outcomes, and I know that a long-term commitment to certain types of dietary practices increases my odds for living healthier in my later years.”

At a time when consumers are embracing a variety of alternatives to meat and dairy products, Califia has tapped into local folklore with its unique name (a reference to Queen Califia, a fictitious 17th century character from which California got its name), striking packaging, and products with cross-generational appeal to grow into a powerhouse challenger brand. With an infusion of $225 million in venture capital funding earlier this year, the company is expanding further into the plant-based market, most recently with a new line of protein-enhanced oat milk products.

According to Steltenpohl, this is just the tip of the iceberg. “If you analyze meat occasions in a contemporary diet, dairy has many more ingredient applications throughout the day, as well as a primary occasion [such as drinking a glass of milk],” he says. “It’s a bigger opportunity than meat.”

For now, the data seems to bear this out. Milk remains the largest plant-based food category, with just over $2 billion in retail sales in 2019, followed by other plant-based dairy ($1.4 billion) and plant-based meat ($939 million). Much of the focus in the last few years has been on plant-based meat, thanks to the success of new products from companies like Impossible Foods and Beyond Meat. Yet some of the biggest growth rates since 2017 are found in dairy segments like yogurt, dips, sauces, creamers, cheese and eggs, although these sectors are generally growing from a much smaller base. U.S. retail sales of plant-based foods grew 11.4% last year, bringing the total market to $5 billion, according to data from The Good Foods Institute and The Plant Based Foods Association.

The growth of the plant-based food industry is being reflected in changes at the corporate level, as well as in the increase in merchandising and promotional activity at major retailers. Danone and Chobani, for example, have both made major investments in their non-dairy businesses in the last few years. Chobani introduced a new oat milk drink and a line of yogurts and non-dairy creamers, all under the Chobani Oat brand name, last fall. This year, Danone created a separate plant-based operating unit, EDP North America, to support its vegan brands, which include Silk and So Delicious. Danone chairman and CEO Ammanuel Faber has said he plans to triple the company’s total plant-based revenue to about $5.6 billion by 2025.

Retailers, meanwhile, are expanding their store-brand assortments to meet the growing demand. The Good Foods Institute recently conducted an audit of the top 15 U.S. food retailers and created rankings based on product assortment, merchandising and marketing of plant-based meat, eggs and dairy products. Whole Foods and Kroger-owned King Soopers were found to have the most extensive assortments, with 360 and 410 plant-based products on shelves, respectively. That is 50% more than most other top retailers, who averaged 270 products. Target plans to double its store-brand plant-based assortment through an expansion of its Good & Gather private label line.

A variety of environmental factors have provided the catalyst for surging sales of plant-based foods. Nearly one in 10 U.S. residents now consider themselves “flexitarian,” meaning they only occasionally eat meat or fish, and many consumers struggle with dietary restrictions that can influence their eating habits. A comprehensive 2017 study about the drivers of plant-based food consumption from Nielsen found that health and weight management were the top motivations fto eat more plant-based foods, with 83% of U.S. consumers citing overall health and nutrition, followed by weight management (62%) and the desire to eat “clean” (51%).

Darren Seifer, a food industry analyst and executive director at The NPD Group, says that today’s consumers increasingly view plant-based foods as an effective means of improving long-term health. However, he notes that there are some distinct differences along generational lines, particularly when it comes to attitudes toward plant-based meat versus dairy. “There’s been a slower adoption of meat alternatives among older generations,” says Seifer. “Millennials and Gen Z consumers grew up with these choices and are more accustomed to them, whereas Boomers and Seniors see the term ‘plant-based’ as having a more literal connotation of, it comes from a plant.”

Dairy is a different story, partly because digestion of dairy products becomes a more common problem as people get older. As many as 30 million Americans will develop some form of lactose intolerance by the age of 20, according U.S. government statistics. Notes Seifer, “Older consumers are more open to plant-based dairy than meat. An alternative dairy product like an almond milk or an oat milk allows those consumers to continue their mobile activities with very little sacrifice to their overall lifestyles.”

Sustainability, meanwhile, is often cited as a desirable attribute of plant-based products and packaging, especially for younger consumers. However, it is not as clear a driver of purchases: Only 14% of respondents in the Nielsen survey cited concern for the environment as the main reason for consuming more plant-based foods.

Still, that hasn’t stopped brands like Oatly from making sustainability a key piece of their value proposition. Whereas other brands in the category tend to focus on product attributes, Oatly, the leading oat milk brand in the U.S., prints its carbon footprint levels on packages in Europe and touts its no-frills approach to advertising. “We’re trying to change the conversation around plant-based foods to highlight the connection with global warming and climate change,” says Mike Messersmith, president of Oatly North America. “We make oat milk for a very specific reason around nutrition and sustainability. Our goal is to shift more people into a plant-based diet.”

Plant-based foods are hardly new. The plant-based meat industry in the U.S. can be traced back to the 19th century, and many modern companies sprung up in the 1980s and ’90s. One of those companies is Garner, North Carolina-based supplier Improved Nature, which has developed a unique heat and steam pressure manufacturing process for its chickenless nuggets and strips that it says improves upon the traditional “TVP” (textured vegetable protein) formula used by bigger companies like Beyond Meat. “We have a single protein source and are using our technology and equipment to give a better texture and bite to the final products, whereas most other manufacturers are adding additional ingredients,” says Rody Hawkins, CEO of Improved Nature.

Over the past year, Hawkins has seen increased activity at retail trade shows that suggests companies may be too quick to launch “me-too” products at the expense of quality. And industry experts caution brands to focus on the fundamentals. “Taste remains the foremost driver of any food purchase,” says Julie Emmett, senior director of retail partnerships at The Plant Based Foods Association. “New and consistent advances in creating foods from plants, such as nuts, peas and soy, are fueling the industry with new plant-based foods that taste delicious and have the desired texture and consistency that appeal not only to vegans and vegetarians, but [that] also appeal to a much broader consumer, the flexitarian.”

As the market becomes more crowded, however, there may be opportunities for brands to carve out new niches with more specific types of products. Califia, for example, recently introduced plant-based butters in olive oil and avocado varieties, as well as its new line of Protein Oat drinks. The latter combines oat milk, pea protein and sunflower seeds to deliver eight grams of protein per serving, although Steltenpohl says the products are geared more toward families with children than, say, folks who are trying to pack on muscle.

“We have a full food science team and around 90 SKUs now,” he says. “From a business strategy, our first rule of thumb is to always just be delicious and taste great. The second rule, in product development and innovation, is the simple phrase: Something different, something better.” 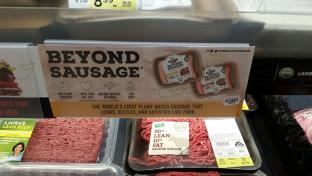 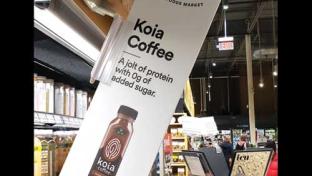 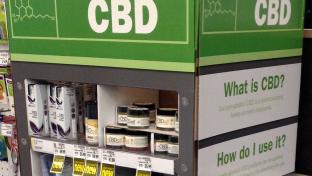 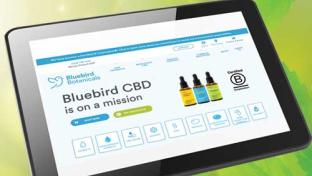 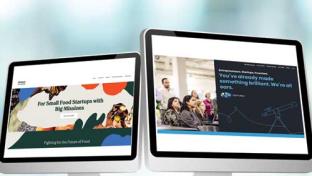