Over the summer, “Pulpex Limited,” a new partnership led by Diageo, was announced. The goal: To launch in early 2021 a “first-of-its-kind” scalable paper-based bottle (made entirely from sustainably sourced wood) designed and developed to be 100% plastic free and expected to be fully recyclable. Diageo will debut its first bottle in early 2021 via the Johnnie Walker brand. PepsiCo also announced that it expects to test its own branded paper bottles, based on Pulpex Limited’s design and technology, sometime next year as well.

Do you lay awake at night worrying that Amazon still doesn’t have enough of your personal information? Well, you can sleep soundly now that the Amazon Shopper Panel is here to close that loop. Announced in October, this opt-in, invitation-only program lets participants earn rewards by completing short surveys and sharing their receipts from purchases made outside of Amazon.com.

Participants are instructed to use the Panel’s app to take pictures and upload as many as 10 of their non-Amazon paper receipts a month in order to earn $10 toward their Amazon Balance, or to donate to charity. Amazon plans to extract product and retailer names from the uploaded receipts and will delete data such as prescription information. It intends to use this information to “help brands offer better products and make ads more relevant.”

Remember “The Stepford Wives,” where evil husbands replaced their spouses with super-house-wifey look-a-like robots? I’m not saying that Kroger’s new “Chefbot” is that ... well, not yet. But this Twitter recipe tool (said to be the first of its kind) looks scarily efficient in its prime directive: Handling leftovers better than mom.

You scan whatever groceries might be left in your fridge, the Chefbot’s artificial intelligence matches them against a database of 2,000 ingredients and then makes dinner suggestions drawn from Kroger’s library of 20,000 recipes. Developed in partnership with 360i, Coffee Labs and Clarifai, the goal is to help reduce food waste. The company says that if users snap a photo of three packages from their refrigerator or pantry and tweet it to @KrogerChefbot, within seconds Chefbot will send back recipe recommendations built around those very same ingredients. Kroger acknowledges that this first iteration of the technology will be on a learning curve as it focuses on gathering information, but it should improve over time.

Two consumer technology news items crossed paths in late October: Quibi, the $1.75 billion mobile-first subscription video service, shuttered just six months into its existence; and the iPhone 12, which many expected to be a major step forward in smartphone technology, finally went on sale. Theories abound for Quibi’s collapse (pandemic, bad shows, etc.), but one stood out: Quibi thought its competition was Netflix when, in fact, it was TikTok, the app for making and sharing user-generated video content. The iPhone 12, meanwhile, may or may not be a quantum leap forward, but Snapchat got on board immediately, announcing that it will be among the first to leverage the iPhone 12 Pro’s new LiDAR Scanner.

The reason? Again, it’s user-generated content. The benefit of a LiDAR (Light Detection And Ranging) Scanner is that it allows for a more immersive augmented reality (AR) experience. Snap claims that its Lens Studio 3.2 will better understand the geometry of surfaces and objects, interact far more realistically and “render thousands of AR objects in real time ... for the whole Snapchat community to explore.”

I’ve tested umpteen professionally created, brand-promoting AR marketing experiences for this column and, honestly, few to none were anything to text home about. LiDAR should help fix that, but what’s more important is that marketers understand (as Quibi didn’t) that soon, their biggest competition for attention-getting AR content could be their own customers.

In late October, Foursquare, the social networking service, introduced an iPhone-only app called Marsbot for AirPods, an audio guide to the local environment. Once installed, the Marsbot will pause a podcast or lower your music and begin “whispering” (it does not interrupt a voice call) pre-recorded comments about objects, buildings, street art, etc., as the user passes by them. Users can record their own audio snippets with their voices (“five seconds max,” counsels Foursquare, “keep it clean and don’t be a jerk”), which will be left at places for other people to discover as they walk by.

While not specifically an in-store experience (at the moment, it works better outdoors than indoors, and mainly in big cities), it’s easy to see how brand ambassadors could pepper messages (“Cherry Coke’s on sale inside”) all around a Safeway. A Foursquare blogger also noted that the company wrote test code that whistled the McDonald’s jingle every time a user walked by a McDonald’s anywhere in the world. Foursquare Legal, he said, “made us axe it due to [trademark] concerns,” – but you can see where this might be headed.

Here’s a useful idea for the current “wash-your-hands don’t-touch-anything” retail environment: In November, Chula Vista, California-based Videotel Digital began rolling out “Infrared Buttons,” an activation option that turns any customer-facing touchscreen or interactive kiosk into a touchless device. Instead of making physical contact, this system triggers content from a safe distance: three inches. In the standby mode, the illuminated LED is white; once a finger is detected, it switches color.

We keep an eye on start-up funding through the Crunchbase database, and occasionally an interesting technology that’s still a bit over the horizon jumps out. This month, it’s from Tiliter, a Sydney, Australia-based software developer.

Tiliter uses computer vision technology to automatically identify objects without bar codes such as fresh produce, nuts, mixed bagged items and bakery goods. Shoppers simply place their items, bagged or loose, on Tiliter’s image-recognition scale and, in less than a second, it identifies the item. The system then places a QR or bar code on a screen for the shopper to scan that automatically adds that item to the running tally on the store’s shopping app. The system can identify objects through normal packaging, colored or clear, and can also detect different types of bags.

With so many brick-and-mortar formats severely limited or even closed, it’s heartening to see a new venture get launched. Seattle now has “Periodic: A Pop-Up Shop,” an experiential retail incubator for an evolving roster of emerging and established Pacific Northwest brands. Located in the city’s Regrade neighborhood, the turnkey, 1,000-square-foot retail space features modular fixtures, digital screens, social media support and prominent branding opportunities. Periodic: A Pop-Up Shop is curated by The Lionesque Group, a retail strategy firm that’s produced more than 150 brick-and-mortar experiences across major cities in the U.S.

In late September, Quotient announced enhancements to its in-store digital-out-of-home (DOOH) network that is operated through the company’s programmatic media platform. With this solution marketers can directly access DOOH inventory at more than 20 retailers on the roughly 35,000 screens that are available, both onsite and in-store. Included are chains such as Albertsons, Food Lion, Jewel-Osco, Giant Eagle, Safeway, Hannaford, Shaw’s, Walgreens and independent convenience stores. Quotient says it clients will be able to activate campaigns against a database of 100 million verified shoppers, giving brands the ability to precisely target granular audiences across all CPG categories at scale.

“Who was that masked man?” Well, if you happen to find the Lone Ranger working at an Apple Store (when they let us all back in, that is) you won’t have to ask because he’ll be sporting a “Memoji Badge.” Most customer-service encounters in Apple Stores turn into assigned, one-to-one meetups. But since every employee has to be masked these days, in August they were equipped with lanyards and tags bearing their names and likenesses in Memoji form. A memoji is a cartoon-like caricature that captures your look and enhances your charisma, assuming, of course, that you’re young, bright-eyed and bushy-haired. (My memoji looks like Elmer Fudd.) 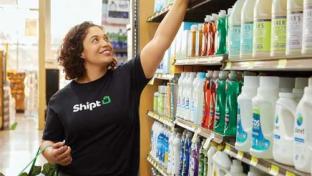 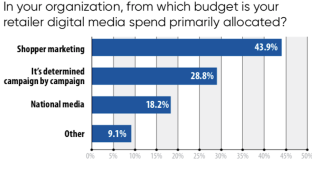 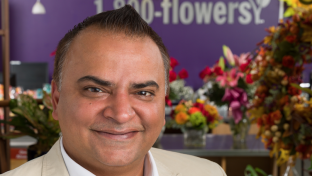 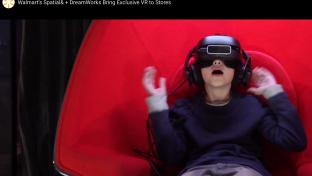