Working with Eversight, brands can test with consumers and optimize offers

Looking for a more efficient spend on trade and a new way to find deals, Ocean Spray has implemented a pricing and promotional software model powered by artificial intelligence that provides multiple offers to test with consumers and optimizes deals to fit various retailers.

Yash Sikand, vice president of insights, analytics and planning at Ocean Spray, says the company’s been following the traditional practice of looking at store-level data, conditions and price points, and doing heavy statistical modeling to get to an offer on a product that will score the largest depth of discount. “But it’s pretty restrictive and much more analytical and statistical, as opposed to trying to understand the consumer’s psyche,” he says. “Ocean Spray for over a decade has been running price points like two for $4, two for $5, for the 64-ounce juice, and pretty much that one size fits across all retailers.”

The benefit of an AI system is its ability to generate and position different offers to different consumers. Perhaps one consumer is more prone to follow a big number like 40% off, compared to another who is more likely to engage with an offer for “buy four, get one free,” essentially the same deal but based on consumer preference.

Craig Eaton, director of revenue management at Ocean Spray, says the old, heavy analytical model based promotional decisions on history. “[This is] driving the car looking through the dashboard rather than using the rearview mirror.”

Ocean Spray instituted the change in October 2018, tapping the AI-powered pricing and promotion platform from Eversight, Palo Alto, California. Eaton says the company began with some training and understanding of the program, created a steering committee to reach out to their retailers, and then began testing. “What we did is look at what would be in a grocery space, what would be in a drug space, what would be in a value space, pick retailers there that had different characteristics in terms of how they would promote, maybe using the assortment as well as geographic, so here you have a good sample of channels, retailers and promotional activity.”

For the year ahead, the company is hoping to expand how it uses the platform beyond trade promotion and temporary price reductions, looking at e-commerce, personalizing offers before, during or after a launch, for example.

David Moran, cofounder of Eversight, says the industry historically has looked at what promotions have worked in the past, picked the winners and run the winners more often. “The role of a promotion is to disrupt habit,” he says. “When you just recycle the same deals over and over again, no habit is being disrupted.”

The AI-powered system finds disruption by testing various offers with consumers online, knowing where they shop and proposing alternative offers to each. It’s not a panel, a survey or a test and control. Consumers act on the offers set for the same stores and conditions, and the AI and platform watches for which offers get the best response. That information gets brought to the retailer and sales teams then have an easy-to-understand conversation based on the data and graphics that are put together by Eversight, Eaton says.

In addition to Ocean Spray, Eversight works with General Mills and McCormick. The company earned a spot among the top Trade Promotion Management solution providers in CGT's Readers' Choice Survey for 2019. 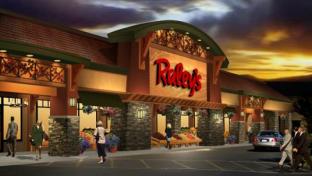 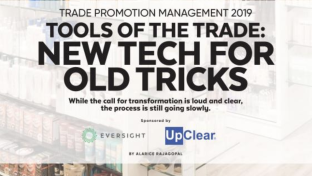 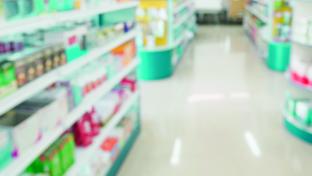 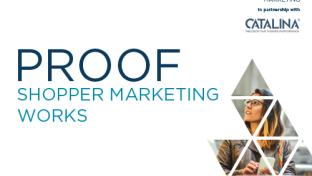