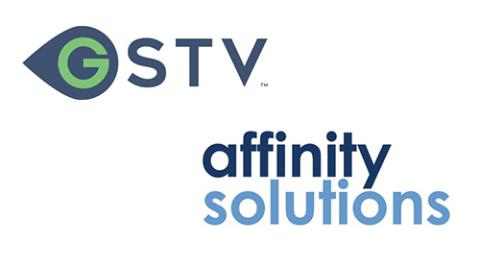 Consumer insights company Affinity Solutions and GSTV, a national video network engaging targeted audiences at scale across thousands of convenience retailers, partnered on a new analysis that shows a predictive relationship between a fuel transaction and increased retail spending.

Key findings include that, in the three hours after fueling, consumers spend 3.7 times more money, transact 4.2 times more frequently, and are over four times more likely to make at least one additional purchase compared to those not fueling that day, according to a news release on the study.

"GSTV came to us with a hypothesis: since consumers often stop for fuel as part of a larger shopping trip, a fuel transaction might be a good predictor of immediate future spending," said Phil Lore, executive vice president and chief revenue officer at Affinity Solutions, in the release. "Our analysis, spanning hundreds of millions of credit and debit card transactions, across 20 million accounts, bears this out. As marketers look for data-driven opportunities to increase media performance, these findings identify a uniquely pivotal moment along the shopper journey to strongly influence consumer decision-making."

Affinity Solutions quantified the lift in spend propensity for more than a hundred of the country's top retailers and restaurants, offering advertisers unique insights to help them develop strategies to drive more in-store sales. The analysis quantified the increase in spend at specific key retailers following a fuel transaction including Walmart (+5.0x), Kroger (+4.9x), Target (+4.0x), Walgreens (+3.8x), Taco Bell (5.8x), The Home Depot (5.2x), and Chick-fil-A (6.6x), among others.

"Advertisers have long understood the importance of reaching viewers at precisely the right moment. This research sheds new light on just how important certain moments can be," said Eric Sherman, EVP, insights and analytics, GSTV, in the release. "Affinity Solutions has uncovered a ‘fueling multiplier’ — an amplification of an ad's potential impact based on its temporal and geospatial proximity to elevated consumer spending, creating a unique messaging opportunity for marketers."

The analysis period for the study came more than a year after the start of the COVID-19 pandemic during a lull in cases when there was widespread vaccine availability and prior to the uptick of cases from the Delta variant. In addition to comparing post-fueling behavior to those not fueling that day, the research also looked at changes to post-fueling spend behavior over time, specifically comparing April through July 2019 against the same period in 2021. The study saw post-fuel consumer spending rise almost 50% in the three hours following a fuel transaction.

The release of this new data and insights comes on the heels of GSTV's recent announcement of GSTV Amplify, a retail media network that offers CPG marketers the ability to complement and strengthen existing omnichannel brand plans and strategies. With multipliers of spend likelihood defined across categories and key retailers, the new data from Affinity Solutions further demonstrates the value of the unique moment on the consumer journey that GSTV offers to marketers.