Key Insight: Shoppers typically buy traditional food items for the Super Bowl, with candy low on their radar. Treats are usually only served later during the game.

Activation: Through a program called “The Almost Game-Time Show,” the partners encouraged shoppers to buy Snickers and Skittles and then submit a video of their best pregame routine featuring the products. A variety of in-store displays and signs as well as social media activity supported the effort.

Hackettstown, N.J. — Mars Inc. and its Wrigley subsidiary partnered with Walmart over the winter on a campaign that wanted to change how consumers think about confections as part of the football-viewing experience. As official sponsors of the National Football League and Super Bowl LI, Mars Chocolate North America and Wrigley set out to become a bigger part of consumers’ game-day routines since treats are typically served later during the game.

“With over 264 million household snacking occasions during the regular season and playoffs, game day is a big purchase occasion,” says Allisha Watkins, the Walmart shopper marketing team lead for Mars Chocolate. Shoppers most often reach for traditional food items during the Super Bowl and playoffs, leaving candy low on the radar or not thought of at all, she says. “Seeing this void in the game-day experiences, we wanted to bring candy to the forefront of the occasion instead of a fourth-quarter afterthought.”

To reach their target of Millennial shoppers, the partners worked with The Integer Group, Lakewood, Colorado, to launch a program called “The Almost Game-Time Show.” It debuted on Dec. 20 with an online video from Ghost Robot, Brooklyn, New York, featuring former NFL coach Herm Edwards. He encouraged viewers to visit their local Walmart to buy Snickers and Skittles and then submit a video of their best pregame routine featuring the products. The most entertaining entry, a series of pool trick shots by Jonathan Dupree, won a pair of tickets to Super Bowl LII in 2018. “Fans created content for ‘The Almost Game-Time Show,’ giving them a presence when traditionally brands take center stage,” Watkins says.

Contestants uploaded their video at AlmostGametime.com, where visitors could view select entries. Consumers also could enter by tagging their video on Twitter or Instagram using the #almostgametimecontest hashtag.

“The campaign is kind of a mashup between talent show and ‘SportsCenter’ highlight reel,” says Patrick Sullivan, group creative director for The Integer Group. “And I think the way Millennials consume culture really gets paid off with a promotion like this. They have a chance to engage themselves and also to be voyeurs, and they know to have fun with the Mars and Wrigley products.” 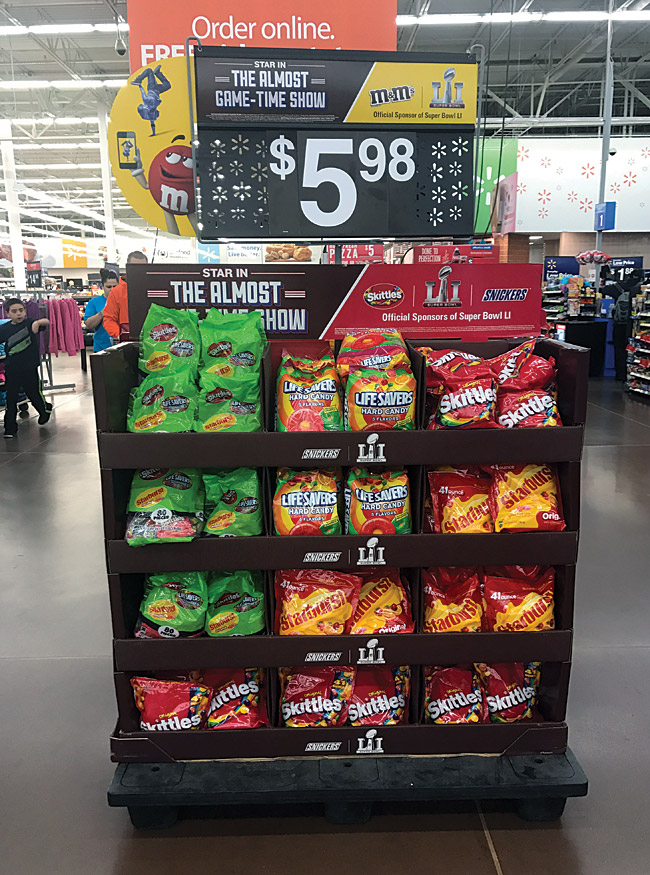 The partners promoted the contest outside the store through YouTube video ads from Channel Factory, Beverly Hills, California, and social influencers who have football- and entertainment-related audiences. Mobile media geo-targeted Walmart stores to reach consumers when they were nearby.

The top entries were highlighted in “The Almost Game-Time Show” hosted by Edwards, which aired on the promotional site before the Super Bowl LI kickoff on Feb. 5. Edwards provided humorous commentary on the videos before revealing Dupree as the contest winner. “It was a nice way for us to get in contact with the people who were participating, and also to send people back to the store again to buy more Skittles and Snickers,” Sullivan says.

Mars and Wrigley measured the success of the campaign through sales increase, engagement and impressions in addition to progress in changing the role of confections and chocolate in the game-day occasion. They also judged the program on its ability to cut through the clutter of Super Bowl promotions. “You really have to do something distinct and memorable to break into that space if you want to be successful,” Sullivan says. “I think the connection between the product and the way that we were asking consumers to engage had a great novelty to it.” 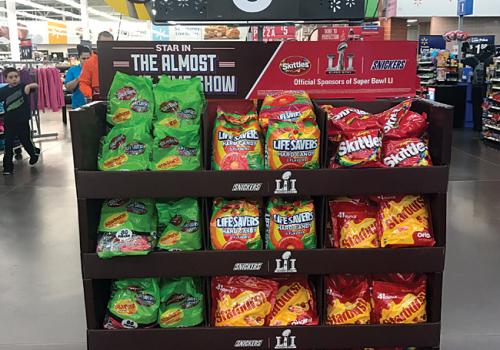 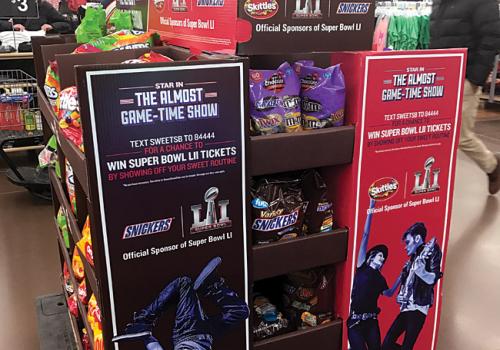 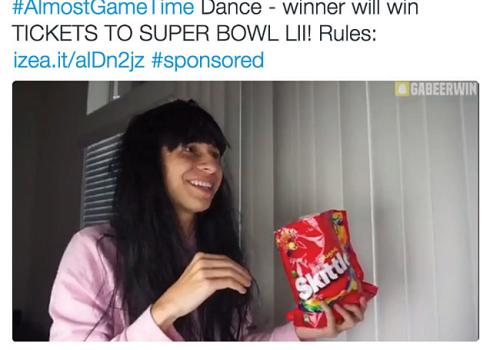 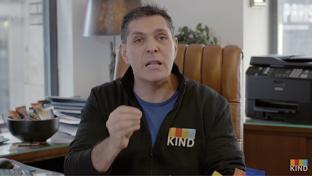 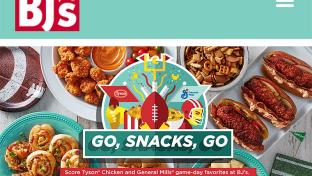 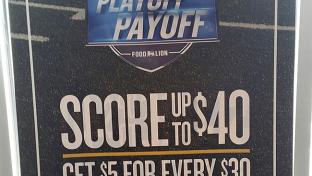 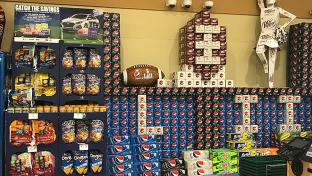