Kellogg Co. put digital video screens into packaging for two of its brands and sold a very limited run through Amazon as part of its Jurassic World: Fallen Kingdom marketing partnership with Universal Studios.

Depicting dinosaurs from the likely blockbuster — Velociraptor Blue for Kellogg's Frosted Flakes cereal and T-Rex for Keebler Fudge Stripes cookies — an extra cover flap on the first-of-its-kind packaging opens like a book to reveal a seven-inch screen that plays five minutes of exclusive behind-the-scenes content from the making of the film.

As the sole retailer of the SKUs, Amazon's fast and far reach helped spur excitement about the offering among die-hard collectors. Even with a $24.99 price tag, the 200 available SKUs sold out quickly. Launching on June 18, they were unavailable by June 20 — maybe earlier — ahead of the film's June 22 North American theatrical release.

Amazon's listings for the items reference a USB cord and wall adapter. Instructions indicate the video will play automatically when the lid is opened, and that it can be played or paused using the buttons integrated under the screen.

According to Food Dive, Kellogg is appealing to nostalgia to give cereal and snack sales a boost with Millennials, helping remind them of the movie they grew up with in the popular dinosaur franchise, as well as giving them a reason to come back to some of the foods they may have eaten at that time.

The Amazon-specific effort is part of the manufacturer's broader play, which includes some 100 million promotional boxes (of the non-video variety) distributed nationally, sweepstakes, Shazam integration, and account-specific overlays with in-store activation. 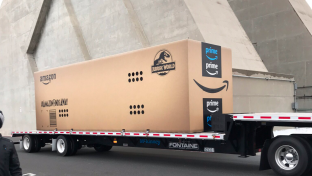 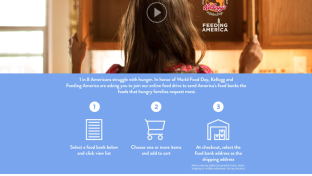 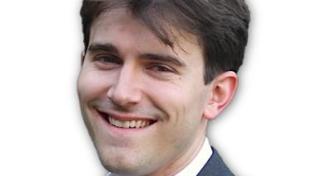 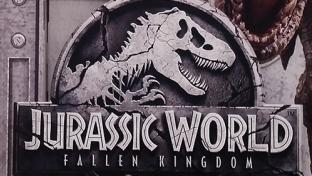