BJ’s Wholesale Club is working quickly to catch up to its rivals on the omnichannel technology front after hiring Rafeh Masood last May to lead its efforts. Soon after he joined the company, BJ’s unveiled an updated mobile app, new websites and a self-checkout function.

The retailer launched a new mobile website in July, with improvements aimed at making it easier for club members to browse, research and save on their purchases.

In August, the retailer polished its desktop website with many similar improvements, despite already having completed an earlier redesign to the core site late in the prior year.

“We’re making it more convenient for members to shop – and save – at BJ’s, whether it’s in-club, from their desktops or on their mobile devices,” said Masood, BJ’s senior vice president and chief digital officer. “Omnichannel is an integral part of the company strategy, and the new desktop site is another step in our transformation.”

In September, BJ’s launched mobile-optimized websites for both of its two private labels, Wellsley Farms and Berkley Jensen, becoming the first warehouse chain to give its brands such distinct digital presences.

The sites let members order select items for delivery, while other non-perishable products can be reserved for pickup (via Pick Up & Pay). Item listings include real-time club availability, delivery estimates, pricing (after coupons and Instant Savings, where applicable) and product reviews.

The app’s most notable functionality is the “Add-to-Card” coupons available within the app as well as at Coupons.BJs.com. Members can select and load coupons directly to their membership cards to have them automatically applied at checkout. The service integrates both manufacturer coupons and offers from the retailer’s “Little Book of Big Savings.”

A home page carousel ad on the retailer’s desktop and mobile websites touted the new functionality.

Other functionalities in the app allow users to view year-to-date savings and rewards, locate the nearest club and BJ’s Gas station, and view current gas prices.

From Oct. 30 to Nov. 30, the retailer dangled 5 cents off per gallon to club members who used the app to locate and select their nearest BJ’s Gas. An ad on the mobile app’s home tab plugged the promotion.

As BJ’s races to improve its digital presence, the retailer also is piloting a new self-checkout function at several locations in Connecticut, New Hampshire, Florida and New York.

A landing page within BJs.com explains the functionality and hosts an informational video.

Jewelry and gift cards cannot be scanned with the app but can be paid for at the pay stations. Members can also use the app, which is powered by Toshiba, to look up prices and apply coupons to their purchase.

Several clubs also are offering handheld scanners at a kiosk near store entrances (a concept that Sam’s Club also tested and later abandoned). It’s unclear when the retailer plans to expand either version to additional stores.

For a company that was rumored to be for sale just last spring (with Amazon then named as a potential suitor), BJ’s is certainly not waiting around for someone else to come in and bring it into the future, but the pressure is on to keep innovating. 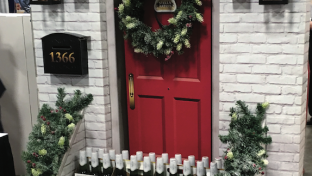 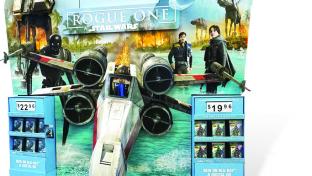 Case Studies
‘Rogue One’ Display Named Best of the Times 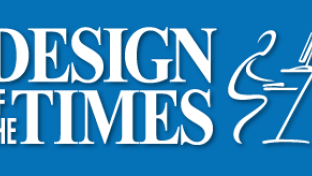 2017 Design of the Times Winners 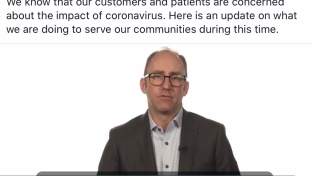 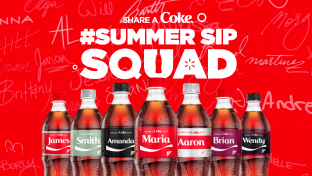 Case Studies
Walmart Shares a Coke with the Squad