After delaying its annual, in-store “Earth Month” event at the height of the COVID-19 outbreak, Albertsons Cos.’ Jewel-Osco has had to rethink subsequent events that normally aim to drive in-store traffic, including its annual grilling-themed "Chop and Shop" event.

Taking place in June, Chop and Shop became Jewel-Osco's first entirely virtual event in collaboration with close partner GT Universe, an Illinois-based marketing and sampling agency. The event was headlined by virtual grilling classes broadcast via Zoom and a sweepstakes. The retailer managed to retain one physical component in the form of a goodie bag containing exclusive coupons and freebies from program sponsors delivered to consumers who RSVP’d to a virtual class and provided a preferred shipping address.

Weber-Stephen Products’ Weber was the lead CPG partner and sponsor for the second time. Instead of staging grilling demos at multiple Chicagoland Jewel-Osco stores, one of the manufacturer’s “Weber Grill Masters” and multiple Chicago food bloggers/experts hosted the virtual cooking classes on June 11-13 and June 15-18, demoing different grill-friendly recipes each day and highlighting products primarily from the long list of sponsors, which included Beyond Meat, Sensible Foods' Dr Praeger, Tyson Foods, and Kraft Heinz. (View full list below.)

A dedicated microsite (chopandshopatjewel.com) supported this year’s event, highlighting dates and times of the classes and inviting users to RSVP for a specific date by linking to individual Eventbrite pages, which also shared dedicated Zoom meeting info for each day. The microsite and Eventbrite pages also highlighted the recipes that were presented and included ingredients primarily from the sponsors.

Jewel-Osco additionally staged a giveaway with Voss of Norway ASA that awarded a $500 gift card to any Albertsons-affiliated banner and a Weber Spirit II grill. To enter, participants had to have proof that they attended a virtual Chop and Shop class (i.e. a screenshot or registration email), and had to post to a social media account using the hashtag #ChopAndShopAtJewel and tagging @JewelOsco @GT_Eating @VossWorld and @WeberGrills. The winner was chosen at random and revealed during the June 18 Chop and Shop event at 5:55 p.m. CT.

The microsite additionally plugged a nationwide “Thrilling Grilling” sweeps and daily instant-win games from Saputo Cheese’s Treasure Cave by inviting consumers to “win a Weber grill and other grilling prizes all summer long” and directing them to treasurecavegrilltowin.com to enter daily from Jan. 1 through Aug. 31. The brand will award three grand-prize Weber gas grills as well as daily of daily prizes including a Weber Go Anywhere grill and a Weber premium grill set. Nashville-based Southern Made and Chicago-based Hangar 12 administer.

Social media updates from Jewel, GT Universe and its respective social accounts, and participating chefs and food bloggers plugged the virtual event, as did features in multiple Jewel circulars.

In related activity, Jewel began promoting Albertsons’ companywide “Thrill of the Grill” campaign in stores toward the end of May. Freezers stocking frozen burgers and hot dogs are outfitted with themed clings and price headers, while racks stocking buns are positioned nearby. Elsewhere in stores, an account-specific "We Love Local" floorstand stocks hot dog bun packages from Fort Wayne, IN-based Aunt Millie's. Jewel-Osco again teamed up with Bo Jackson Signature Foods and Coca-Cola Co. Rather than running a sweeps during the pandemic, the partners donated up to $10,000 to the Northern Illinois Feeding America food bank.

Last year, Jewel-Osco’s inaugural Chop and Shop program exemplified the chain's typical pre-coronavirus in-store event, including sampling booths from a slew of relevant vendors, cooking demos by professional chefs, live music or some sort of entertainment, raffles and giveaways at select stores. These sampling events — like Jewel’s “Italian Heritage Month”-themed “Festa Italiana” in October, Black History Month in February and Earth Month in April — have become a key way the chain differentiates is promotional strategy from Albertsons' other banners.

Jewel-Osco also just kicked off its next in-store-turned-virtual event on June 19, reprising the f.a.b women event it introduced last year. While this year’s f.a.b women panel discussion will be conducted virtually, Tracy Galindo of GT Universe told the Path to Purchase Institute that the partners are hoping to bring back some in-store elements for Jewel's postponed Earth Month event. The goal is a mix of five virtual and four in-store events spanning one or two tables of coupons and brochures, plus purchase incentives and giveaways from partnering brands like Amy’s Kitchen, Amplify Snack Brands' Skinny Pop and Bimbo Bakeries' Brownberry. 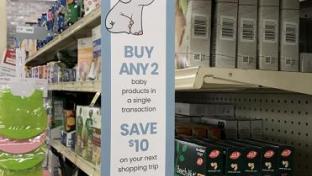 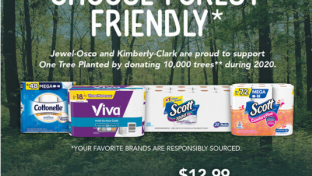 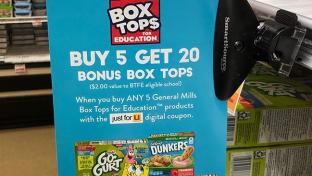 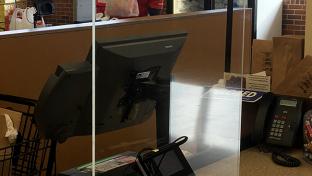 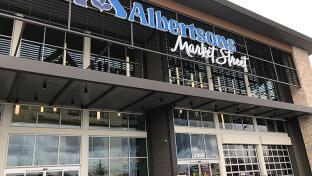