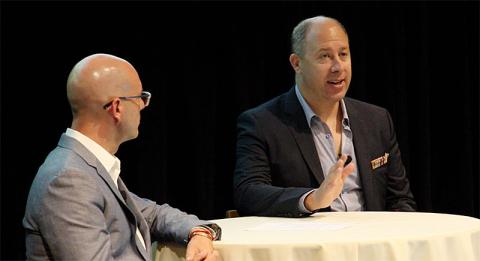 If there's one company to blame for Amazon's success as it relates to merchandising, it's Target, according to Casey Carl, the mass merchant's former chief strategy and innovation officer.

From 2001 to 2011, Target outsourced its website platform and fulfillment options to Amazon. At the time, it was probably the right thing to do strategically, Carl said during the Q&A portion of a presentation at the TransparencyIQ conference in May. "Target amongst many other retailers and brands didn't have the requisite capabilities in e-commerce and really just wanted to start learning about how big of a business this could be," Carl said.

"[Target] had a [chief executive officer] that at the time and to this day still doesn't believe that digital or e-commerce is a viable thing. Bob [Ulrich] and I disagree a lot on that, but whatever he was a visionary and did a lot of great for the company. Digital just wasn’t his bag."

"They learned a ton on our dime and we didn't learn much [in return] and that's a massive issue," Carl said.

In 2009, Target made the decision to get off of Amazon’s platform and build its own site. However, when its site relaunched in 2011 it was a “horrific, … monolithic stack of code,” Carl said. It was a "frankenmonster of a website," said Carl, that crashed very often and very publicly. Most notably, the Missoni for Target designer collection caused the retailer’s entire website to crash for days on end.

Shortly after the Missoni hiccup, Carl was “dropped in to the forest fire” and appointed president, multichannel, target.com and senior vice president, merchandising. In his role, he was first tasked with “just keeping the website available for the rest of the holiday season, which is an incredibly low bar.”

Target succeeded in keeping the site available during the holiday season and hired new talent, reassessing all decisions made up until that point to help ensure its success in the e-commerce space. Looking back, Carl said target.com's 2011 launch was the largest replatforming in e-commerce history.

For more of Carl’s insights from the presentation, look out for the upcoming issue of Shopper Marketing magazine.