While Kroger's Harris-Teeter chain has begun participating in some of the retailer's major campaigns, such as the "One Shot, One Meal" flu season effort, it eschewed its parent company's annual "Game Day Greats" program in favor of running a series of its own chain-specific promotions during football season.

Activity kicked off with a sweepstakes activating Harris-Teeter and PepsiCo's joint sponsorship of the National Football League's Carolina Panthers. VIC loyalty cardholders who made a purchase in stores from Aug. 23 to Sept. 12, 2017, were automatically entered in the sweeps, which awarded tickets to the Dec. 24, 2017, game against the Tampa Bay Buccaneers along with field and parking passes and $100 worth of food vouchers.

NFL sponsor Danone's Oikos also earned special attention at Harris-Teeter by running a sweeps awarding a grand-prize trip to the 2018 Super Bowl in Minneapolis on Feb. 2. VIC loyalty cardholders were automatically entered when they made any purchase in stores from Sept. 6 to Oct. 8, 2017. Facebook and Twitter updates promoted the sweeps.

Harris-Teeter continued to activate its own sponsorship by allowing VIC cardholders to use a web page within harristeeter.com to guess which Panthers player would sack the opposing quarterback during the second half of that week's game. Those who guessed correctly each week from Sept. 1 to Dec. 31, 2017, were entered in a sweeps awarding a $500 store gift card.

VIC members with digital accounts were automatically entered into an "All Star Getaway" sweeps through harristeeter.com from Oct. 1 to Dec. 31, 2017. The grand prize was a trip to Orlando, FL, to attend the Professional Football All-Star Game on Jan. 28. An Oct. 30, 2017 Facebook update encouraged consumers to join the program to be entered into the sweeps. 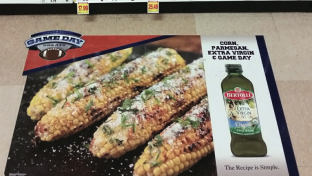 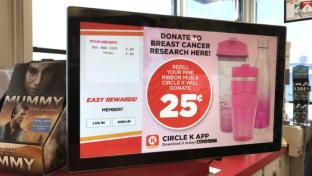