Schaumburg, Ill. — While improving your business 5% or 10% per year means you are not failing, you are not succeeding wildly, either. Companies that step outside their collective comfort zone and think big – one could call it “moonshot thinking” – are the ones that disrupt their industries and beat the competition, said Ted Souder, Google head of industry, retail, during a Path to Purchase Summit keynote address in March.

Souder put forth Elon Musk, CEO of SpaceX, as an example of someone with great vision who has taken a “moonshot.” “It’s a great example of somebody who needs to think big,” he said. “At Google, we’re lucky to be able to create things like self-driving cars.”

Businesses that were structured 25, 50 or 100 years ago sometimes continue to run that way and have difficulty breaking out of their old structure to take better advantage of technology, Souder said. “To unleash big thinking, you need to think about structure.”

Technologies such as search engines, voice-activated computing and artificial intelligence have ushered in what Souder called the “age of assistance,” which marketers need to take advantage of, he said. “Consumers are curious, demanding and impatient. Over the past two years, searches for the term ‘best’ grew more than 80% on mobile. The demand is growing because people know if they look, they can find it. Videos with ‘review’ in the title [collectively] had more than 50,000 years of watch time on mobile in the past two years.”

The fastest growing low-consideration merchandise categories on mobile are such items as shower curtains, lipstick, umbrellas and household supplies, Souder said. “Since the beginning of time, it was the brand manager, merchants and the agency who decided what product people were going to buy,” he said. “With the democratization of the web, you are now deciding what you want to buy, not what you’re being told to buy.” More than 1.2 million videos on YouTube talk about the best toothbrush to buy, he added. Yet, “when’s the last time you saw a commercial on TV for toothbrushes?”

Consumers are also growing more impatient, with same-day shipping up 120% since 2015, for example. “What it means is, assistance is the new battleground for growth,” Souder said. “How do we take advantage of that? If we don’t, it’s going to be really easy to get left behind.”

Target has broken down silos to create a “true omnichannel experience” for consumers rather than relying on a patchworked brand team, online team, e-commerce team, the “lowly always underfunded social media and PR,” the tech team, data team and a couple of agencies, Souder said. In that type of scenario, “None of these groups speaks to each other. They don’t share, they don’t work together, and sometimes they don’t know each other.”

That’s politically challenging for many companies, Souder acknowledged, due to desires related to budget, influence and internal image. “But in order to get successful in the future, we’ve got to figure out a way around this,” he said. “You need to change the culture so you can walk to the next group down the hall, ask what they’re working on, and have coffee. It would help us become one organization.”

For omnichannel to work in the “age of assistance,” a brand or retailer’s mobile speed needs to keep up with consumer impatience, Souder said, noting data that shows more than half of visits are abandoned if a mobile site takes longer than three seconds to load. “If it’s slow, you’re losing customers. This is where the battleground of growth is. We only have so many resources and so much time.”

And technology will keep changing quickly, Souder said. “It’s not set in stone. We’ve only been shopping with our voice since, like, Tuesday. If you think years and years down the road ... if you don’t think in 10 years every single person at this conference isn’t going to get into a self-driving car, you’re crazy.

“The way technology is advancing, it’s faster than we can even wrap our head around. I have no idea what it’s going to look like, but it’s going to be a big part of who we all are.” 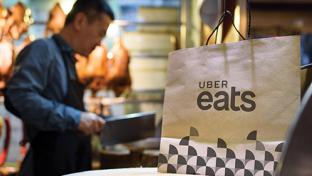 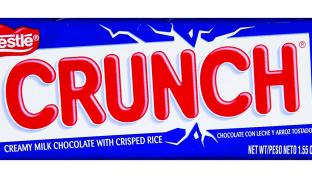 You Can't Sugarcoat the Future
People / Honors / Awards
Effie Award Winner: because I can.