The manufacturer had concocted the new bar – the first Hershey’s bar ever to not contain chocolate – with an eye to its sponsorship after signing a five-year deal in 2015 to support the U.S. Olympic and Paralympic teams as the official confectionery partner of Team USA.

“When Hershey approached us about creating a new cappuccino drink flavored like a delicious new candy bar, we jumped on board,” Shawn Barnes, 7-Eleven senior category manager, said in the release. “Our customers choose 7-Eleven cappuccino and hot chocolate drinks to treat themselves, and our goal is to offer rich, decadent flavors you can’t find anywhere else. Hershey’s Gold is exactly that, and people love it – both as a candy bar and a cappuccino.”

A carousel ad on 7-Eleven.com and in-store translite signs touted the hot beverage. The retailer drummed up additional excitement by offering shoppers a free Hershey’s Gold candy bar with purchase of two same-sized bars. The offer was valid through Feb. 28.

Channel rival Speedway dedicated an in-store rack to stocking the product, outfitting the display with a flashy, gold-colored signage kit communicating a purchase incentive of one free regular-size Hershey’s Gold candy bar with purchase of two king-size versions. The retailer additionally used its social media channels to tout the new product and incentive. A Jan. 11 Facebook update received the most audience engagement, supported by Twitter and Instagram activity.

Meanwhile, Circle K hosted a sweepstakes awarding a Hershey’s Gold cornhole board to one winner; four others get a PopSocket, multicharging cable and stress ball. Consumers entered from Feb. 9-28 by replying to a Feb. 9 Facebook update with the #TasteTheHersheysGold and #SweepstakesEntry hashtags. Posted across Circle K’s regional Facebook pages, the update asked consumers to explain how they’d reach for the gold when they team up with a Hershey’s Gold candy bar. Tampa, Florida-based Social Forces administered.

While Hershey’s latest launch got a lot of love in the c-store channel, drugstores, dollar stores, mass merchants and supermarkets also provided support.

Walgreens made room for a custom counter unit and sidekick providing prime merchandising space for the bar in its stores. CVS/pharmacy joined with Hershey to run local radio spots and national display ads promoting the launch.

Meijer merchandised the product on sidekicks and an endcap outfitted with a dedicated header.

Walmart sampled the bar at select locations from Jan. 25-28, according to an email blast the retailer sent to some customers that was posted by various coupon bloggers. 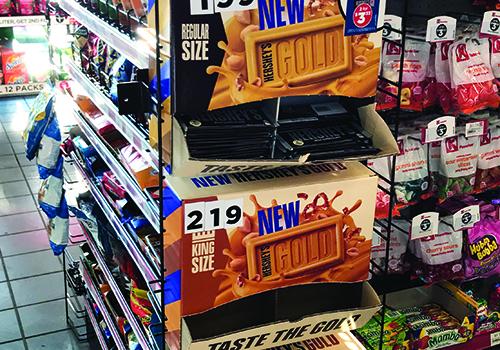 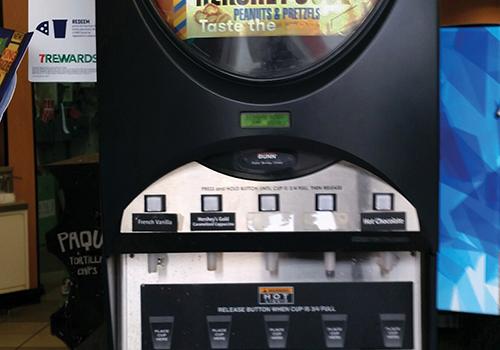 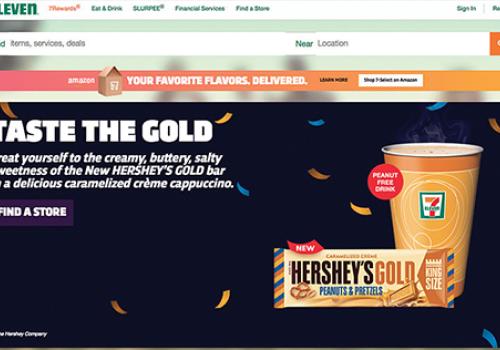