Food Lion Celebrates With Giveaways and Giving Back

Food Lion Celebrates With Giveaways and Giving Back

Ahold Delhaize's Food Lion celebrated its 60th anniversary on Dec. 12 with a series of promotions and community programs.

Consumers could answer questions about the chain through a web page within foodlion.com from Dec. 5-12 to enter a contest awarding 70 winners with a $60 store gift card. A Dec. 11 email blast linked to the page. The chain also awarded 10 winners who retweeted a Dec. 12 update about the anniversary with a $100 store card, and gave $100 cards to 10 consumers who shared their "favorite Food Lion memory" in the comment section of a concurrent Instagram update.

MVP loyalty cardholders who spent between $5 and $500 in stores on Dec. 12 were automatically entered in an instant-win game awarding four winners per location with 60% off their trip. Radio spots and a Dec. 6 circular feature promoted the game. Hourly trivia contests in stores awarded $10 gift cards.

Violators and rack headers in stores marked the 60th anniversary and touted the "Food Lion Feeds" cause platform, which the supermarket chain activated multiple times ahead of the celebration. Food Lion remodeled and restocked 60 food pantries within its operating footprint between Sept. 5 and Dec. 12 — double the number it supported during the past two years — as part of its annual "The Great Pantry Makeover" campaign for Feeding America. The chain also donated 10,320 bagged lunches to schools and food banks in Hot Springs, VA, in September and in October put together a 6K run benefiting Rowan Helping Ministries and Second Harvest Food Bank of Metrolina that ended at the original Food Lion store in Salisbury, NC.

“It is an honor to celebrate 60 years of low prices, fresh products and community involvement with our company,” Food Lion president Meg Ham said in a media release. 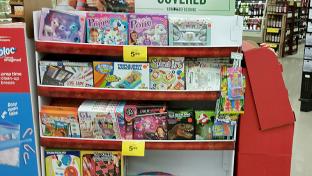 Case Studies
Food Lion Heads Back to the Movies

Case Studies
PetSmart Celebrates 'The Joy of Giving Back' 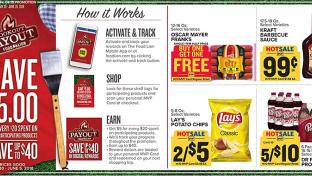 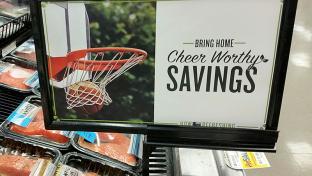