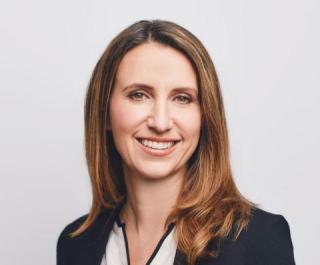 EnsembleIQ CEO Jennifer Litterick has been honored as a Change-Maker in the Information Services Industry by the Top Women in Media and Ad Tech Awards. The annual awards program, produced by AdExchanger and AdMonsters, celebrates leaders who have made an impact in the digital media and advertising technology community.

Litterick will also participate as a panelist on a c-suite panel discussion on the "Current State of the Industry" at the 2022 MediaGrowth Summit on June 15. Other panel participants include Paras Maniar, CEO of Bobit and John Yedinak, president and co-founder of Aging Media Network. Craig Fuller, CEO of FreightWaves will moderate the session.

"It is a privilege to be recognized by AdExchanger and AdMonsters as a leader in the information services industry. EnsembleIQ’s success can be attributed to the hard work and dedication of the entire EnsembleIQ team, and I am pleased to share this accomplishment with them," said Litterick in a company news release. "I am passionate about the advancement of the information services industry, and I look forward to sharing my insights at the Summit."

Litterick was appointed CEO of EnsembleIQ to define and execute a new company vision. She specializes in turning challenged businesses into high-performing assets by quickly assessing changing market opportunities, talent needs and core strategy to ensure revenue and growth objectives are reached. Litterick rebuilt the EnsembleIQ executive leadership team with a focus on innovation, and she created a performance-based culture rooted in nurturing and recruiting high-performing employees driving company growth.

Most recently, EnsembleIQ was named a "Best Place to Work in Chicago" by workplace culture evaluation firm Comparably based on a survey of company employees, who also gave Litterick high ratings for her exceptional leadership. According to the employee survey, the parent company of Path to Purchase IQ received "A" level grades for its company leadership, office culture and overall team. Part of Comparably’s annual "Best Places to Work by Region" list, EnsembleIQ was named under the Chicago metropolitan list based on ratings provided by company employees in Chicago who anonymously rated their employers on Comparably.com.

Prior to becoming CEO, Jennifer held several management positions within EnsembleIQ: President, Retail Vertical, where her initial portfolio of Canadian brands expanded to include oversight of U.S. brands focused on retail; chief brand officer, North America, where she oversaw all P&L owners of both retail and non-retail brands; president, EnsembleIQ Canada; and group publisher, Canadian Grocer and Your Convenience Manager.

In addition to EnsembleIQ, Jennifer also achieved success at Rogers Media, managing their retail and marketing portfolio, and at TIME Canada, working on iconic brands such as TIME, Fortune and People--and launching the company’s custom content division. Highly engaged in the industries she serves, Jennifer has developed and launched new ideas to help solve industry issues and connect stakeholders. Some leading examples are the Canadian Grocer's Star Women award, the CEO Thought Leadership conference, and the Generation Next award.

EnsembleIQ, which is headquartered in Chicago, also operates out of a Toronto office, and includes team members working remotely throughout the U.S. and Canada.