The PepsiCo flavor portfolio business, also known as House of Brands, was not top of mind among Hispanic grocery shoppers in California during Cinco de Mayo. Up against the ropes, the brands had also experienced double-digit dips in sales volume at the end of 2019’s first quarter.

Understanding that Hispanic families are interested in buying products with a connection to their cultural heritage, the program tapped into this audience’s affinity for professional boxing. Leveraging the insight that a vast majority of Hispanic families watch boxing together over the Cinco de Mayo holiday, PepsiCo partnered with the Canelo/Jacobs match scheduled for May 4.

Knowing that families would shop together before gathering for the big event, PepsiCo provided shoppers with a portfolio of beverages to please everyone in the household. This included Crush, Mexican-born Manzanita Sol, and younger-skewing brands Mist and Brisk.

In response to research showing that 32% of California-resident Mexican soda drinkers respect companies that advertise in Spanish, displays for the campaign were purposefully and primarily in Spanish. “Un Golpe de Sabor” – which translates as “Knockout Flavor” – took visual inspiration from both boxing imagery and the bright traditional hand-painted signs of Mexico.

PepsiCo partnered with top over-indexing Hispanic grocery stores throughout California for the program, including smaller-scale chains such as Cardenas, Vallarta and Superior that often don’t receive custom programs.

The program included dedicated lobby takeovers that were placed to interrupt shopping paths through the stores’ outer perimeters, including a custom boxing ring display that served as an in-store beacon to draw customer attention.

Secondary case cards, mini-poles, base wraps and case stackers prominently featuring Canelo and Jacobs were also employed to supplement the core lobby display. The program was also supported by a text-to-win sweepstakes awarding a trip to Las Vegas to watch the match live.

The program was judged by metrics that included product volume increase and the number of displays secured. It delivered a 300% increase in incremental displays (a placement three times greater than PepsiCo’s top competitor) and a significant increase in sales volume across the House of Brands beverages. 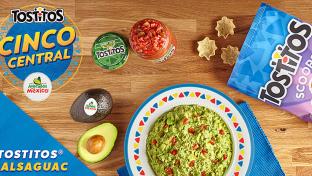 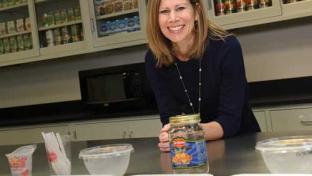