Summary: For the last 10 years, the carbonated soft drink category has been eroding sales to water and its new flavors, teas, energy drinks and sports beverages. Coca-Cola was not immune. In fact, the issue was compounded at Walmart, where messaging has historically been targeted to mom, while the new pop defectors are primarily Millennials.

Coca-Cola launched “Share It Forward” at Walmart to increase sales of 20-ounce bottles of Coca-Cola, and to do that the program engineered a way to urge shoppers to buy one bottle for themselves, and another bottle for friends and family. With this initiative, bottles of Coca-Cola products were personalized with proper names or one-word messages.

Millennials are a social group, so to them this became more than sharing a Coke. Further insights pointed to a segment that’s been raised by involved parents with constant feedback from peers. They’re human networks connected to devices, socially sensitive and inclusive. This was a campaign that emotionally resonated with them, which was key because teens and Millennials were aware of Coca-Cola products, they just weren’t drinking them.

Share It Forward’s strategy ramped up a four-week summer period, looking to grow immediate consumption by 8% and bring new excitement to Walmart. The program was executed in four parts:

Share It Forward far exceeded expectations, notably at Walmart where 20-ounce bottle growth was double that of all other large retailers combined during the month. Sales lift was projected to be more than 40% compared to the goal of 8%, and social impact exceeded benchmarks in engagements and impressions. 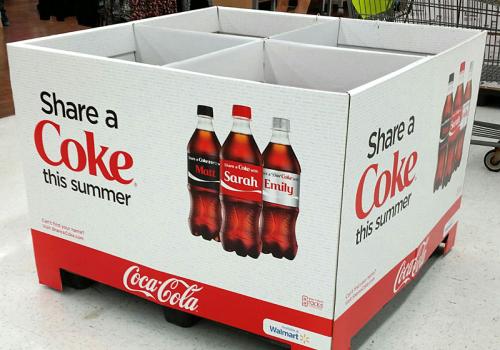 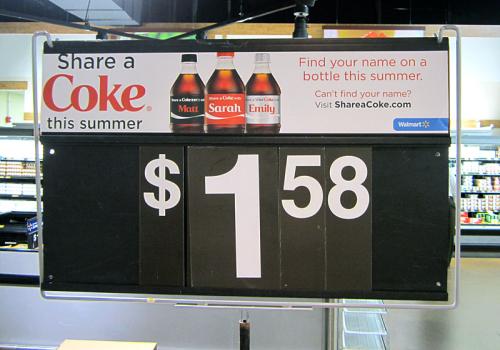