From investing in startups and acquiring disruptors to building new brands, consumer goods companies are expanding their DTC capabilities and offering hints at their ultimate strategies. 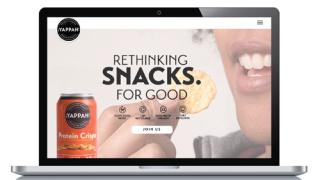 Practically everything about Tyson Foods’ new Yappah line of protein crisps is different – starting with the contents of the can and unusual brand name.

The name Yappah, taken from the native South American Quechua term “yapah” (pronounced EE-pah) meaning tip or gift, is meant to convey the “little something extra” in Tyson’s shelf-stable protein snack made from chicken and reclaimed food ingredients such as leftover vegetable puree from juicing and spent malted barley, a byproduct of beer brewing. Yappah’s packaging is reminiscent of coffee or energy drinks, though perhaps more cheerful, with sleek 1.25-ounce cans draped in vibrant shades of orange, green and blue.

Most notably, Yappah represents an entirely new product category for Tyson and the company’s first major foray into the direct-to-consumer market.

“Our intention was to think differently not only about the product space and the business partnerships involved, but also how we test, commercialize and get the product in the hands of consumers,” says Tim Madigan, vice president of e-business at Tyson Foods. “We wanted to get in the game and learn how the [DTC] model works.”

Tyson is hardly alone. In recent years, the DTC model has spawned several hundred-million-dollar-plus companies and created household names out of brands such as Quip, Casper, Harry’s, Warby Parker and Hubble, to cite just a few. That success is propelling nearly all major consumer goods companies to take more aggressive steps to expand their DTC capabilities – from investing in startups and incubator vehicles to acquiring disruptor competitors (think Unilever’s $1 billion purchase of Dollar Shave Club) to building new brands like Yappah from the ground up.

“The need for a DTC capability is accelerating across all industries, whether it’s a peripheral part of the business or an essential go-to-market strategy for a new brand,” says Chris Perry, vice president of global education at Edge By Ascential, a conglomeration of the former Brand View, Clavis Insight, One Click Retail and PlanetRetail RNG. 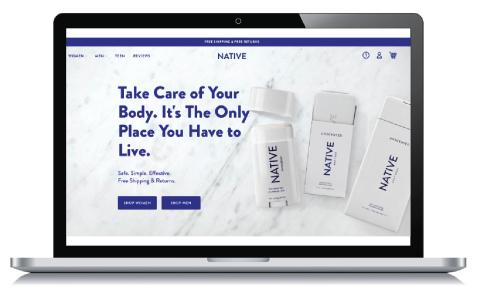 What is the End Game?

Exactly what each individual company hopes to gain from its DTC strategy may depend on the category. For major marketers in apparel and electronics, DTC has often been a slam dunk in terms of driving sales. Nike, for example, generates nearly 30% of the company’s sales from its DTC division, Nike Direct, and expects the unit’s sales to grow 250% from $6.6 billion in 2015 to $16 billion in 2020.

CPG companies, by comparison, have come nowhere near those revenue levels – which may be beside the point. Industry experts argue that, at a time when consumers seem to mostly dictate the terms of brand engagement and have the power to determine when, where and how they shop, DTC may boil down to the marketer taking back some control of the customer experience.

“There is a gold mine in DTC if one is not solely occupied in selling goods, but in authentically understanding needs,” says Michael Forhez, global managing director of consumer markets at Oracle Industry Solutions Group. “If the right questions are being asked and real listening applied, DTC could very well become the core of a new foundation for creating customer intimacy and satisfaction for a 100-plus-year-old packaged goods industry.”

Yet challenges clearly remain. Traditional CPG companies continue to grapple with how to create a compelling value proposition for new DTC brands that does not detract from their existing portfolios (or cannibalize retail sales). “DTC remains a great starting point to launch a new packaged goods brand. It is less clear how a legacy brand can find a meaningful reason for the shopper to buy it from the manufacturer directly,” says Keith Anderson, senior vice president of strategy and insights at Profitero.

Increased consumption of good-for-you and environmentally friendly products may provide the opening that legacy brands need. Companies like Kellogg and Procter & Gamble have been leveraging their DTC operations to carve out a distinctive space in health and wellness. P&G Ventures created skincare brand Meladerm as well as Pepper & Wits to help alleviate menopause symptoms, while Kellogg Co.’s “speed team” recently launched Joybol, a protein-packed smoothie bowl, and Happy Inside, a prebiotic and probiotic cereal. P&G has also made significant strides into the natural deodorant category with its 2017 purchase of Native, which started as an online-only brand. The products are now among the top-selling deodorant lines at Target and recently began selling through Walmart.

“Native complements P&G’s position in the overall category. There has been a significant consumer shift away from antiperspirants, and prior to Native, P&G [which also owns Secret and Old Spice] didn’t have any significant presence in that segment of the category,” says Native founder and CEO Moiz Ali.

Anderson, a former retail/CPG industry executive, says the potential for initiatives like Native to damage relationships with retailers is less a factor today than it was five or 10 years ago. “Amazon has thrown all the old rules out the window, and CPG companies that get involved with DTC today are unlikely to undercut themselves or retailers on price,” he says. As for the overall threat from DTC, he notes, “CPGs need to have both an offensive and defensive posture. They need to realize that this is not a freight train coming, but it could be death by a thousand cuts.” 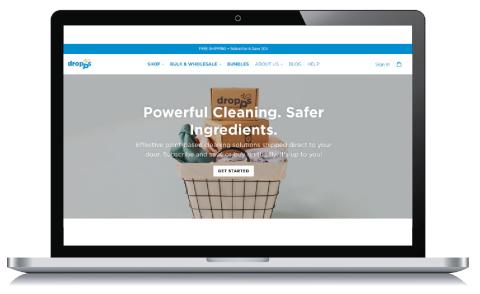 What Tyson Reveals About CPG and DTC

Tyson’s 18-month-long journey with Yappah reveals a lot about how CPG marketers are now approaching DTC. After six months of development in Tyson’s Innovation Lab, Yappah first appeared on the crowd-sourcing platform Indiegogo in May 2018. The formal DTC phase was set to begin this May, when a buy button on the Yappah website would start letting consumers anywhere in the U.S. purchase the products directly from the manufacturer.

While DTC plays a central role in Yappah’s rollout, it is in many ways a means to an end for Tyson. For one thing, the company plans to significantly expand distribution (Yappah will be sold on Amazon and at major national brick-and-mortar chains) later this year. By focusing its initial phase on DTC, Tyson thus far has been able to limit Yappah’s pilot programs to just two markets: a Chicago-area supermarket and in New York with Jet City Grocery, the fresh grocery delivery service from Walmart’s Jet.com. DTC, says Madigan, gives Tyson “an ability to build up interest and drive awareness and trial, so that when we do scale up the program we are more likely to have a successful launch.”

Tyson has high hopes for Yappah sales, based on the initial consumer response. But more broadly, the company views the program – particularly the DTC component – as a prime opportunity to build closer ties with customers and learn more about what makes them tick. Tyson’s new direct online sales platform at Yappah.com will allow the company to mine first-party data that can shed light on its customers’ shopping habits and taste preferences. Granted, Yappah enthusiasts may be a small sample of Tyson’s overall customer base. Nevertheless, Madigan says the critical feedback will help “set the table for new products and brand introductions across the company.”

Here again, Tyson is not alone. CPG manufacturers often struggle to fill gaps in their e-commerce shopping channel data left by opaque retailer websites (and, to a lesser degree, by Amazon). That at least partially explains the appeal of digitally native brands (including Native) to companies like P&G. “We have purchase and basket data through our e-commerce site that provides rich insight into people’s buying preferences and behaviors,” notes Ali. “For brands that are sold solely at brick-and-mortar stores, they don’t have direct access to this kind of data.”

Other CPG manufacturers are looking to expand their DTC and e-commerce capabilities for similar reasons. Hershey engages with customers directly through its digital portals (HersheyGifts.com and HersheyStore.com) in order to build on the customer experiences of its standalone retail stores. Doug Straton, chief digital commerce officer at The Hershey Co., considers its DTC plays more as “data acquisition vehicles” than a pure driver of sales. “That’s where the real value comes out of DTC,” he says, noting that marketers can obtain “a more expansive view” of category management for in-store planning by using data obtained through digital shopping channels.

For years, while Nike and others were successfully building their DTC offerings, CPG manufacturers largely avoided making the DTC business model a top priority. A 2016 survey from Consumer Goods Technology found that just 53% of the large product manufacturers respondents were selling “some” products directly to the consumer and 38% were not selling any directly at all. That same year, Shopper Marketing found that 75% of non-CPG manufacturers respondents were selling directly, versus just 18% of CPGs.

Today, however, the industry’s resolve may be strengthening. Over the past 18 months, Perry says, there has been a noticeable shift at companies (including PepsiCo and Coca-Cola) through which DTC functions are being assigned to dedicated teams within a Center of Excellence or other departments that operate separately from the rest of the company. “They’re hiring roles like e-commerce strategic finance specialists, which go beyond management into very specific and often complicated legal areas of content and authorized online resale and distribution,” he notes. “This suggests they’re blowing out that side of the business and laying the groundwork for a more robust DTC model in either consumer or business-to-business development.”

Another sign of a deepening commitment is coming from initiatives like Loop from TerraCycle. The so-called “circular shopping platform” is based on a subscription replenishment service that delivers recyclable and reusable packaging on a variety of consumer/household products from P&G, Unilever, PepsiCo, Mondelez International, Nestle and Danone. “There is a question about just how sustainable this program is, but it is significant to see big brands coming together and cooperating in a way that you don’t often see,” observes Anderson.

Of course, scores of smaller, independent companies have already made major inroads by offering a DTC value proposition based on convenience and sustainability. One such company is Dropps, the direct-to-consumer provider of eco-friendly laundry products and makers of the original detergent pod. “We do everything that a large company does,” says Dropps CEO Jonathan Propper. “We create our own formulations, buy our own ingredients, have them blended and made into pods at a nearby facility, and package them up and ship them out to consumers. We’re not filling a gap; we’re creating a new category. We’ve shown that household products don’t have to have water in them or be packaged in plastics to still clean great.”

Looking ahead, industry observers see more potential on the horizon for customizable DTC programs that cater to individual health and medical needs, such as prescription drugs. Amazon’s reported $753 million purchase of PillPack in 2018 has paved the way for entrants like TakeCareOf.com, which uses information from consumer surveys to sort and deliver prepackaged shipments of vitamins, supplements and OTC allergy medications. In the food industry, Anderson says, these kinds of curated experiences could extend into areas like customizable meal kits that cater to Keto, Paleo and other popular diet regimens.

“The online grocery business is maturing to the point where people are starting to think a one-size-fits-all experience needs to be iterated in food and beverage the same way it is now in categories like eye care,” notes Anderson. “When you think about how the DTC model could play out in food, it opens up a world of opportunity to personalize that just has not been attempted before.”