In a maturing market with greater interest from big CPG, remaining a direct-to-consumer brand is a dubious proposition 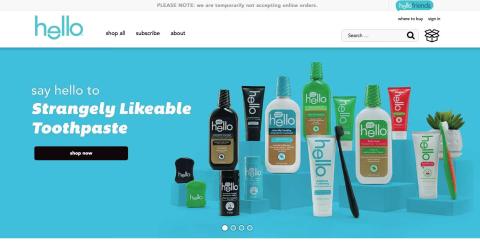 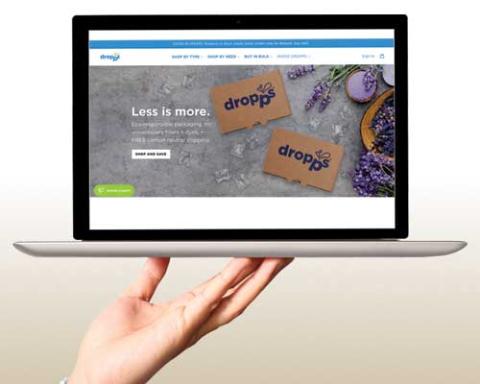 The now-legendary reputations of direct-to-consumer brands like Casper, Dollar Shave Club and Warby Parker suggest an open-and-shut case for the next class of disruptor brands to chart a similar path.

Many early DTC brands employed a version of the same basic approach: Launch the brand online with enormous buzz, then attract investors while growing sales at a frantic pace. Then, as greater scale becomes necessary, open physical stores or find relevant retailers to put the products on their shelves (or both). In many cases, the ultimate endgame is acquisition by a larger company that can speed up the growth strategy, as Dollar Shave Club accomplished with Unilever in 2016 and Native deodorant did with Procter & Gamble one year later.

The DTC market has matured, however, and for the thousands of brands that currently employ the strategy, the playbook is more varied and complex. In January 2019, for example, Los Angeles-based SkinTē launched a line of collagen-infused sparkling teas that offer the dual promise of a refreshing beverage and younger-looking skin. In their first six months in market, the products were sold primarily through the company’s website and at a single retail outlet, Erewhon, an upscale California grocery chain known for its trend-setting clientele.

Today, SkinTē is sold on Amazon.com and at more than 1,000 retail stores. According to CEO and co-founder Bassima Mroue, SkinTē is on track to triple its first-year sales in 2020. A defining moment came at the end of second-quarter 2019, when the company expanded distribution to grocery chains with a larger footprint, including Sprouts Farmer’s Market. “We made that decision to build awareness,” recalls Mroue. “No one had figured out a way to carbonate collagen in sparkling tea and make it taste good. There was an education curve. People needed to be able to interact with the products in stores, learn about them and discover them online, and vice versa.”

For promising startups like SkinTē, the lure of selling direct to consumers exclusively often clashes with the prohibitive costs of marketing and promoting a new brand online. “Every startup wants to own the customer relationship,” says Mroue. “The challenge comes with generating brand awareness and the cost of digital marketing. In the beverage world, you have to raise a lot of capital in order to grow. Then the question is, how do I allocate all of that funding?”

The answer to that and other questions aren’t always clear-cut. While securing funding and growing revenue is certainly possible, turning a profit while selling only through e-commerce channels can be more challenging, especially for low-margin and commodity-driven products.

“It is very hard to make money shipping individual products, especially if folks are offering free shipping,” says Craig Dubitsky, founder of Hello Products, a line of natural oral-care items that was acquired by Colgate-Palmolive earlier this year.

To Retail or Not to Retail

Regardless of how much they might rely on DTC, most CPG brands need to sell through retail stores simply because that’s where most products are still purchased, says Dubitsky. In fact, Hello has never been a DTC-only brand and didn’t even start out as one, having launched at mass retailers including Walmart and Target in 2013. “That was by design,” he explains. “Ninety-five percent of all the items we were making were purchased in traditional retail stores. I wanted to fish where the fish were.”

When Dubitsky began selling via HelloProducts.com about three years ago, he added a subscription service in which every toothpaste purchase included a free toothbrush. That offer, he says, not only softened the blow for shoppers having to pay for shipping, it also helps them develop better hygiene practices by reminding them to replace their toothbrushes every 90 days. “The [goal] isn’t to just be able to sell directly. It’s to offer a better experience around the actual product,” says Dubitsky. “A better product and brand will always find a way to get into people’s hands.”

Digitally native brands that have migrated into retail get much of the industry’s attention, including a growing array that followed the lead of brands like Bonobos, Allbirds and Warby Parker by opening their own storefronts. Yet the reverse can also be true. Laundry product maker Dropps, the first brand to bring detergent pods to market, started out at retail in 2009. But since 2016, the products have been sold exclusively DTC.

Jonathan Propper, founder and CEO of Dropps, says the move was precipitated by an entrenched retail environment that can be tough on emerging brands: “We got horrible shelf placement, particularly after P&G came out with Tide Pods,” he says. But the timing couldn’t have worked out better. “We no longer had to educate people about pods or DTC. Even subscription-based models were established by then,” says Propper. “We just needed to show that our products had superior cleaning to the big laundry brands and one-tenth the harmful ingredients.” The private company has reported 13 straight quarters of growth since going entirely DTC.

In recent years, as organic growth for established brands has become more difficult due to shifting consumer trends toward healthier eating and more sustainable living, many CPGs have sought to acquire, invest in or even build direct-to-consumer brands. But whether those endeavors remain purely DTC depends on the company’s broader strategic objectives, says Tim Madigan, a former Tyson Foods marketing executive who now heads up the e-commerce practice at Chicago-based consultancy The Partnering Group. For one, confectionery giants have used DTC as a way to let consumers engage more deeply with their brands, says Madigan, citing Hershey’s themed stores and Mars Inc.’s personalized M&M’s promotions as examples. But he says most CPGs won’t hit their sales targets for new brands by relying solely on DTC.

“DTC is an amazing way to launch new brands and it can very efficiently be used to target different consumer groups online, but it’s never going to give you scale,” says Madigan. “Even in the most aggressive online businesses, such as electronics, you have at most 40% of the category’s sales occurring online. So if you really want to penetrate the market, you’ve got to be in stores.”

Big CPGs can afford to take a longer-term view of DTC brand performance than the average digital startup, which makes for an attractive career move for many entrepreneurs. One good example is Nutranext, a manufacturer of vitamins and supplements acquired by Clorox Co. for $700 million in 2018. The Nutranext unit is now led by Jackson Jeyanayagam, a former CMO of Boxed, and vice president of growth Vivian Chang, formerly of Plated.

“Working within Clorox allows us to have a longer-term planning and investment strategy,” explains Chang. “If you’re at a startup, you only have so much capital to go out and get new customers and data, and you’ve got to pay your developers. Until you’re generating profits, you can’t feed all that information back into the growth loop to get new users. With Clorox, we are working on multiple DTC brands simultaneously, so we can balance out that investment. We don’t have to put all of our eggs in one basket.”

Of course, each of these brands needs to be revenue-building and driving toward profitability, Chang notes. “But the bigger prize is how we integrate DTC approaches and expand the DTC presence across all the Clorox brands for which it makes sense.”

Nutranext has helped Clorox develop the skills needed to work faster and be more agile when bringing new brands to market. Last October, Clorox launched an Objective Wellness line of supplements in a four-month window that Chang says is likely the fastest brand launch in company history. “What made that possible is, we were developing a new brand, a product formulation and a website that we knew were going to change,” she says. “We were constantly testing and changing everything.”

For example, when Nutranext saw that one of the new products – Fast Asleep, a non-melatonin sleep aid sold in the form of dark chocolate – was outperforming other supplements in the line, it was able to put the full weight of Clorox’s marketing behind it. “We were testing 25 to 30 creative variations and five to 10 different landing pages in a matter of weeks,” recalls Chang. “We were utilizing insights through third-party research, search and social tools, and letting consumers and live data tell us how we were doing. That allowed us to refine the approach and iterate very quickly.” 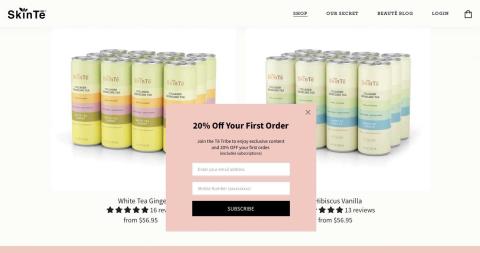 According to eMarketer, DTC sales are expected to grow 24% to $17.75 billion in 2020, twice the expected rate for total e-commerce sales. That growth rate is down significantly from 2016 to 2019, when DTC e-commerce grew at three to six times the rate of total e-commerce sales. According to eMarketer, the slowing growth is due to mounting competition and other more recent headwinds, including reduced demand for nice-to-have items and supply chain disruptions related to the coronavirus crisis.

Meanwhile, 90% of DTC companies say they became profitable within three years, according to an IAB report analyzing a recent Ipsos survey. The survey’s 203 respondents cited establishing a new category (31%) and opening brick-and-mortar locations (30%) as their strategic priorities – with only 15% naming acquisition as a key goal.

Industry experts are skeptical of some of those claims, however. “Making a profit in DTC has proven elusive, which is why Casper, Warby Parker and others have opened up stores,” says Joel Warady, who led marketing at Enjoy Life Foods before and after Mondelez International’s 2015 acquisition of the “free from” snack brand. Warady now advises emerging brands on digital strategy.

Profitability might change among different types of companies, adds Allan Peretz, president and co-founder of e-commerce marketing specialist Bold Strategies. “One group is the big ‘unicorns’ competing in the mattress or vision care spaces and spending incredible amounts of money acquiring customers in the hopes of achieving dominant market share,” he says. “Then you have innovative smaller companies that are funding DTC [through] their retail businesses – for example, food brands that have been selling at traditional retailers for years and are now starting to distribute through DTC channels for the first time.” According to Peretz, those “unicorns” spend freely because they have deep pockets enabled by venture capital – and they don’t expect to be profitable in the short term. “The smaller players don’t have those resources so they play the game differently and make more sustainable investments at the expense of speed,” he says. “They can afford to be more conservative because they’re only looking for a small piece of the market.”

As for that minimal interest in attracting an acquisition payday, Warady doesn’t buy it. “Every brand that launches as a DTC says, we’re going to be DTC only. I can tell you to a person that they’re not telling the truth,” he says. “There’s only a certain percentage of consumers who will continue to order razor blades only from a razor blade company – that just doesn’t make sense.

“They start out [as DTC] because that’s how they’re getting investors,” says Warady. But recently, growing concerns about profitability have caused investors to sour a bit on pure-play DTC opportunities. “No one is really proving how they can make a profit,” Warady insists. “The bloom is off the rose.”

“I think the strategy of ‘Let’s be highly disruptive, acquire customers at all costs, build a brand quickly, raise lots of capital and have an exit’ is clearly going to shift,” says Dubitsky, who continues to oversee Hello’s marketing as Colgate’s chief innovation strategist. “To me, the focus always needs to be on building better products, a more relevant brand and a complete offering, and to run the business like a business – which means to be profitable. There are some great DTC brands that are doing this, but it takes a lot of discipline.”

“At some point, people are no longer going to care where or how they get something. They will only care what that something is,” Dubitsky concludes. “The trick will be to make the experience more than just convenient.”