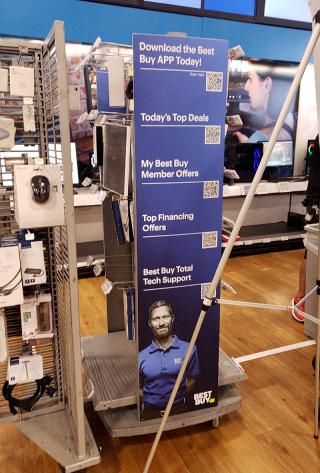 The notion of “omnichannel” retail keeps expanding to include new customer touchpoints.

With the COVID-19 pandemic continuing to push existing consumer digital shopping trends into warp speed, retailers are scrambling to find new transactional interfaces. Here are three popular content platforms that have always been used for promotions, but are increasingly becoming online retail channels.

QR codes
Retailers are beginning to streamline the mobile commerce experience, as well as connect it to the brick-and-mortar environment, using QR codes. These 2D, matrix-style barcodes have long been used as a means of providing customers with scan-based access to digital promotional materials.

However, by having customers scan QR codes with their smartphones, retailers can also create instant, contactless shopping interactions that truly blend channels and make the consumer’s own device into a POS terminal. Several retailers are leveraging the convenience of QR code-based mobile shopping at the fuel pump, including Sam’s Club and Circle K.

In addition, Coca-Cola is shifting the interface of its “Freestyle” soda machines directly to customer phones, utilizing Amazon Web Services (AWS). Customers scan the machine’s QR code to bring the user interface to their phone screen, essentially turning their smartphone into a soda fountain.

Video
Shoppable videos have been around for several years, but are evolving from a niche offering to a mainstream digital commerce channel. E-commerce platform Shopify is partnering with the the TikTok short-form video platform, casting aside possible concerns about TikTok being banned in the U.S. or reaching an e-commerce deal with Walmart.

Shopify’s collaboration with TikTok will enable retailers selling on its platform to create and connect their TikTok For Business account and deploy in-feed shoppable video ads directly within the Shopify site. Meanwhile, Instagram has expanded shopping features to its IGTV long-form video app, and later in 2020 will enable purchases directly within video content across its IGTV, Live, Stories, and Reels offerings. And YouTube offers direct e-commerce capabilities such as shoppable Discovery ads.

Video is not becoming a more popular digital commerce touchpoint in a vacuum. Highly coveted young shoppers consume large amounts of video content. According to Comscore, more than 60% of Tiktok’s 100 million active U.S. users are between the ages of 10 and 29. And Business Insider analysis indicates 65% of Gen Z consumers use Instagram every day, while 62% are daily YouTube users.

TV
Historically, TV was created an advertising medium offering supplemental entertainment content as an inducement to watch the ads. The advent of technologies such as cable, streaming, and DVR has diminished (but not eliminated) the power of TV ads to attract consumer attention and drive sales.

In response, retailers are creating digital storefronts out of TV screens. LG Electronics USA is rolling out the Shop Time app, which enables owners of compatible LG smart TVs directly purchase from multiplatform video retailers including QVC and HSN. The app enables consumers to utilize their LG Magic Remote to navigate from their TV to complete purchases with multiplatform retail partners.

NBCUniversal Telemundo just launched Shop Telemundo, an interactive shopping experience that brings viewers of the leading media company serving Hispanics in the U.S. and Puerto Rico products through an online marketplace of more than 50 retail partners. Using their smartphone camera, viewers can scan an NBCU code to purchase highlighted products they see on Telemundo shows.