Author’s Corner: ‘How We Eat’ 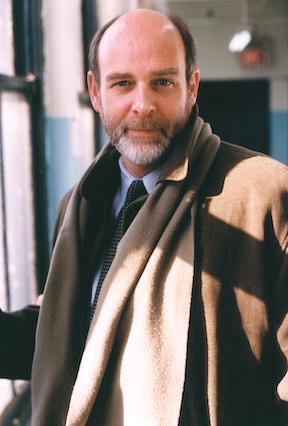 As a world-renowned expert on consumer behavior, Paco Underhill has spent the better part of three decades studying how people shop for food. Path to Purchase IQ recently sat down with the best-selling author, and strategic advisor to global market research firm Envirosell, to talk about his latest book, “How We Eat: The Brave New World of Food and Drink.” Dramatic changes to the grocery store, tapping into local food trends and the human side of artificial intelligence are among the wide-ranging topics in the spirited exchanges below.

P2PIQ: What inspired you to explore the revolution currently taking place within the U.S.
food system?

Underhill: I have worked with grocery stores, restaurants and food brands for more than 30 years. One of my first clients was Burger King. I studied its first salad bar offering in the early 1980s. I’ve worked on grocery stores on six continents. So I’ve had a pretty good view on the evolution of both how you sell food and how you buy food and beverages.

The basic idea behind the book is that the food chain is changing and we better pay attention to those changes. Producers desperately need to figure out how to get local. When you think about fashion in the 20th century, the industry was driven by trends that were taking place in London, Paris, New York. Today, fashion is dictated from the street. And the same thing is going on with food and beverages. I was in the East Village [in New York] last week and there was a restaurant selling Korean corn dogs. 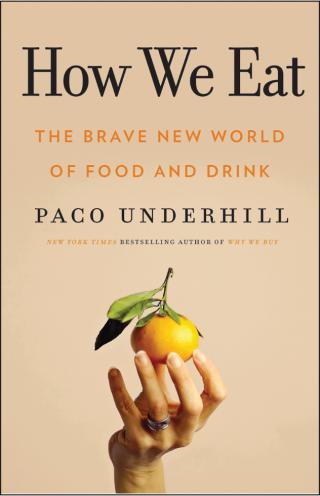 P2PIQ: And you make the point in the book that you can’t say, “Well, that’s just New York or that’s just a big city,” because of the increasing interplay between rural and urban areas in America.

Underhill: It doesn’t matter whether you’re talking about food or fashion. There are dresses that will fly off the shelf and out the door in Dallas that nobody touches in Philadelphia. The premise is the same — it’s the need of the merchant and manufacturer to understand the difference between what is global and what is local. There are some grocery stores where having a halal meat section is cool. And there are other stores where nobody even knows what halal meat is.

P2PIQ: Today’s consumer is more educated and savvier about food. Do you think the food and beverage industry has done enough to capitalize on the ever-growing demand for higher quality ingredients?

Underhill: I think there’s a lot more attention that needs to be paid to it. Marion Nestle, the retired chairman of the nutrition department at NYU, makes a point that I think is very true. And that is, if consumers demand that a cereal has a certain percentage of sugar in it, when are retailers going to put it in the cereal aisle? If a company is selling cranberry juice that’s really cranberry juice cocktail, and the cranberries are less than 10% of the content, when is that change going to be mandated on the label? There’s a nascent revolution happening right now, and yes, the Nestles and General Mills of the world damn well better pay attention.

P2PIQ: Those are huge companies and big ships to turn around. Have they been too slow to change?

Underhill: The distance between management and consumer in any of the large global consumer goods companies has to be shortened. There’s that old joke that if you walk into a corporate office building and you find the desk farthest away from the front door, that is generally where the person in charge sits. If you walk into a retail store or retail bank today, the same thing is true. And one of the perspectives that I, as a market researcher have just constantly been counting on, is you need to get closer to the front door. You need to get closer to the customer and it isn’t necessarily done with artificial intelligence (AI).

People have to understand that AI has both an artificial and human side to it. I don’t care whether you’re General Mills or the CIA — there are certain things that you get from satellite imagery and certain things that you can only get from understanding what people are saying and doing. Businesses seem to have forgotten that human intelligence is still a really critical part of their processing skills. Collecting data in 2022 is really easy, but the key is figuring out what the hell you do with it!

P2PIQ: In the book, you talk a lot about how retailers can get more value out of physical spaces. For example, you predict the parking lot will be transformed into something far more experiential like a community event or farmer’s market. What changes can they make now, inside the store?

Underhill: People are desperately trying to multitask. The grocery store is losing customers to the drug store and convenience store — and even to vending machines in other parts of the world. Grocery retailers need to be more respectful of people’s time and do a better job of cross-merchandising. I should be able to buy blueberries, yogurt and cereal in the same place! Grocery in other parts of the world has done a much better job of being consumer friendly. And it’s time for us to catch up. The grocery store was invented in the 1930s and it hasn’t changed much since then. The premise that milk is the section of the store farthest away from the front door doesn’t work anymore. It is time for a revolution in design and management of the store.

P2PIQ: Let’s talk about the impact of COVID-19. We’ve spent a lot of time trying to figure out which changes to shopping behaviors are temporary and which are permanent. In general, do you think we tend to overestimate or underestimate the impact of the pandemic on how people shop
for food?

Underhill:There’s no question that COVID-19 has had a profound impact. It has been an accelerant for change in several major ways. The first is access to information. The second is gender issues. Particularly in grocery, one of the things that has been very interesting is that the percentage of men doing the grocery shopping has gone up. That’s mainly because the number of women across North America that are the dominant bread earners was up with each passing month. Women are trying to do their jobs, look after their children, look after their homes. The acquisition of goods is in transition.

P2PIQ: That ties back to your parking lot example, doesn’t it?

Underhill: Yes. Historically, we are talking about a world that was owned by men, designed by men and managed by men. And yet women were our most important shoppers. It doesn’t make any sense. There’s got to be more to offer than just handicapped parking. The question is how do you make the space far more dynamic, let’s say, to accommodate changes in shopping patterns throughout the day? That’s just one example. Retailers need to become more creative and find better uses for their physical spaces across the entirety of the store.

Paco Underhill is one of the Featured Authors in our 2022 Book Club, which is currently reading “How We Eat: The Brave New World of Food and Drink.” Sign up (it’s free!) to be part of our Book Club and you’ll get access to our exclusive Meet the Author virtual coffee hour event — April 20 at 2 p.m. EDT — where you’ll get to listen in while we pick his brain and then take part during an interactive Q&A. Visit PathtoPurchaseIQ.com/bookclub to join us and get on the list.