Assembly, an e-commerce software and data platform, has acquired Pacvue, an "enterprise-grade" advertising, sales and intelligence platform Pacvuefor brands, sellers and agencies, for an undisclosed amount.

The acquisition comes a month after Assembly revealed an investment round led by Advent International, which boosted Assembly's valuation to north of $1 billion, according to recent media release from Assembly, announcing the deal. Following the acquisition, Assembly, which serves merchants spanning 125 countries, plans to continue exploring ways to accelerate its product roadmap through acquisitions aligned with its mission of scaling and supporting e-commerce merchants across channels and the globe.

Sandeep Kella, co-founder and CEO of Assembly, said in the release, "With Pacvue, Assembly is now strategically positioned to offer customers at all stages the software they need to scale their business."

Pacvue, one of the first to join the Amazon Advertising retail network in 2017 and an initial partner of Walmart’s advertising partner network it launched in January 2020, now serves over 30 sales channels and, according to the release, saw its revenue and customer base nearly triple in the last year. It recently launched Pacvue Commerce, to give clients access to marketplace advertising and retail media intelligence all in the same platform. 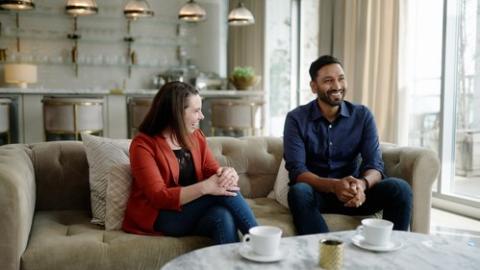 Pacvue is led by Zhaohui Tang, co-founder and chairman, and Melissa Burdick, co-founder and president. Previously, Tang was a founder of Ad Sage, the largest search engine marketing company in China. Prior to Ad Sage, Tang was principal group program manager at Microsoft, where he was influential in the development of Bing search algorithms. Burdick is a 10-year Amazon veteran who helped build the Amazon CPG retail business and the Amazon Ads business.