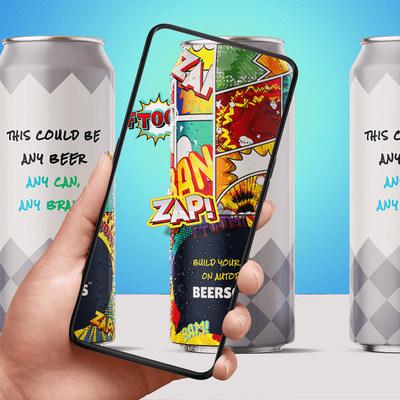 A plan to turn American beer cans into virtual channels is taking shape, and some local brewers are testing the waters. SWIGR, a mobile app and augmented reality-enabled platform serving the beverage alcohol (BevAlc) category, launched on Oct. 15.

The concept enables brewers to "virtually" attach content behind their product labels, which consumers activate by scanning with their mobile phones. The experience is then brought to life using AR technology,  which includes an interactive experience showcasing the brewery.

Following successful testing with artisan beers and wines, Immertia (the firm behind the experiential concept) revealed plans to fast-track the tech to companies in the U.S., including Maui Brewing, Yards Brewing Co., and Four Saints, in a recent media release from the firm.

The tech offers brewers a route to attract a new generation of beer drinkers, according to Immertia managing director Dave Chaffey.

"The experience is set for the millennial generation to discover the stories behind their favorite beer. There's content from the brewer, elements of social media, and some unique interaction.", said Chaffey in the release. "Augmented reality is really starting to ramp up, people are getting very excited about what's on the horizon. We believe that an interactive experience will be on every U.S. beer within five years. "

Over the next three years, market analysts predict tremendous growth in retail and package-based AR, according to Immertia, which claimed a recent promotion involving the beer concept unintentionally generated interest from other businesses, including two pharmaceutical giants, marketing agencies, and a global packaging maker.

Immertia creates AR experiences for products and packaging and is a commercialized product of collaborative tech engine Third Aurora.